I saw a tweet the other day that reminded me of a topic of interest to me for decades, and I’m almost positive I’ve never written a blog post about this, so it’s finally something new to write about: The sound of your own recorded voice. 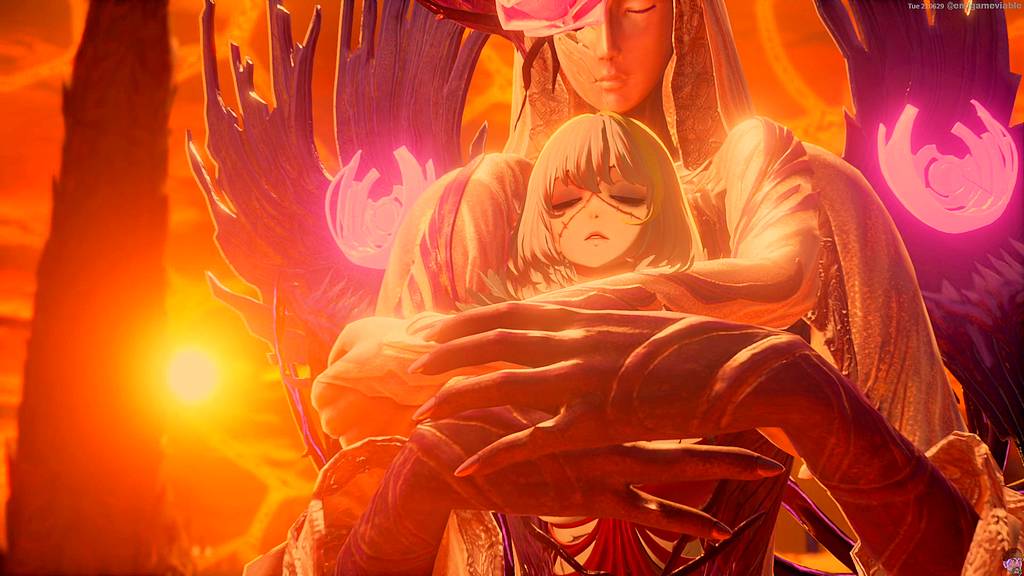 I saw a tweet the other day that reminded me of a topic of interest to me for decades, and I’m almost positive I’ve never written a blog post about this, so it’s finally something new to write about: The sound of your own recorded voice.

This particular tweeter was lamenting the troubles they were having with streaming because they cringed whenever they heard their own voice. Coincidentally, Roger over at Contains Moderate Peril touched on this subject too, in relation to podcasting, so I guess a lot of people are thinking about it right now. It could apply to anything from singing to streaming (or really any creative endeavor at all), but I’ll mainly focus on game videos, since that’s where I’ve encountered it most in the last five years.

It’s extremely normal to hate the sound of your own recorded voice. Everyone does. We all sound very different on an audio recording (typically higher-pitched) than we do through our own ears because of bone conduction and things of that nature. I’m sure there are exhaustive Google resources out there to explain the science of all that.

In fact, I’ve just learned that there’s a term for this phenomenon called “voice confrontation.” There’s a lot of interesting science and psychology behind it.

So, it’s not just you. It’s everyone.

The first time I recorded my own voice for some kind of project was probably in the 80s. So that’s roughly how long I’ve been dealing with “voice confrontation.” I’m not an expert on this by any means, I’m just a bit of a reluctant hobbyist. I think about it a lot.

I’m not going to talk about how to make your voice sound better, or how to make yourself “sound more attractive”, in the parlance of snake-oil salespeople, because there are a gazillion resources out there for that. (It’s a shockingly common search topic, no doubt because of the rise in streaming culture.) It’s largely subjective, and there is no magical fix.

What I want to focus on here is how I’ve managed to persist in making vocal content when I didn’t happen to be born with the natural voice of a professional broadcaster.

It’s kind of simple, but also hard: I use a form of immersion or exposure therapy. I simply listen to my own recordings all the time. Not just when editing, but I play back stuff as a listener would. Through good speakers and especially through bad speakers. I’ve heard my own voice so much now that it sounds pretty normal to me.

Weird as it sounds, I frequently play back my game videos on an iPad while I’m falling asleep. It accomplishes several things at once: 1) It’s a regular nightly habit that promotes sleep (the standard defense against periodic insomnia), 2) It’s daily practice listening to what my voice sounds like and becoming comfortable with it, 3) It’s a relatively low-impact way to find little incremental things to improve about my videos over time, and 4) As a bonus, I often notice things about whatever game I’m playing that I missed the first time through.

Admittedly, it’s a luxury I have because I live alone, and there’s nobody around to tell me how weird it is.

But, if you listen to yourself a lot, over time you’ll stop hearing “your voice” and start hearing “a voice.” Or even better, “an audio waveform” or “background noise.” It takes time and practice. When I say “a lot,” here, I mean hundreds and thousands of hours of it. Start now. It won’t get any easier later.

Something else I do in particular with game videos is that I avoid watching “professional” streamers or YouTubers: The ones with millions of followers and especially the ones with FM radio DJ voices (ie. most of the popular ones). There’s plenty of reasons to avoid watching streamers that don’t involve vocal confrontation, but for this post, here’s a list of reasons that directly undermine my self-esteem.

So I only watch game videos from lower tier “regular people” gamers. The third of fourth page of search results, or even further down. In other words, the less professional sounding, the better (to a point… I won’t listen to distorted audio). The main reason I do that is so that my videos (and my voice) compares more favorably against them. (In fact, I have an active aversion to “radio voice” streamers and YouTubers, because I just think it sounds weird, like outsiders are invading my nerd hobby.)

I just realized I sometimes prefer game videos made by women, possibly because it’s physically impossible for me to overlap in that space, so there’s no pressure to compare myself to them. Maybe the same thing works in reverse, I don’t know. But it’s something to think about.

And I also just realized that I prefer game videos from people with non-American accents. Again, I can’t possibly sound like them, so I don’t feel any competitive pressure. Something else to think about.

The basic idea is to avoid listening to voices similar but better than yours, so you aren’t constantly bombarded with feelings of inadequacy.

Back to my videos, hopefully each new one is slightly better than the previous one. I’m embarrassed about different things now than I used to be, so hopefully that’s a sign of growth.

Speaking of embarrassment, continuing to upload my videos even though I’m embarrassed by most of them is also a form of immersion therapy for me. It’s the same for any sort of artistic endeavor. It takes a fair amount of practice and repetition to put your most embarrassing self out there and get comfortable with the more-or-less constant sense of humiliation that comes with it.

The most important thing, by far, and it’s the same with any form of content creation, is to make sure you have good reasons for recording yourself besides “I want to be popular like my favorite streamer.” For myself the main reasons are: a) I enjoy audio production and engineering, b) I enjoy reading things out loud, c) I need constant practice with verbal communication, and of course, d) I like to play games and talk about them.

There’s another tangentially-related topic I might address in another post: Unconscious speech patterns and filler words, another thing I struggle with constantly. Unfortunately I don’t yet have any tips or tricks for that one. But I also use my game videos a lot to try to understand better how my brain processes verbal language, or doesn’t, as the case may be.

Anyway, the tweeter I mentioned at the beginning asked if anyone actually liked the sound of their own voice, and the answer is mostly no, definitely not my natural unaffected voice, but I’ve grown accustomed to it.

But occasionally, yes. Sometimes I hear something in my videos and think, “Hey that part sounds pretty good.” It’s almost always when I’m reading some game text out loud, or intentionally changing the sound of my voice.

Those are the moments that I try to remember and replicate going forward. I can tell there’s been incremental improvement every year. If I compare my videos today to the ones I did in 2015, I can definitely hear an improvement.

The bottom line is that, like most things, it’s a journey.

P.S. That picture is the Successor of the Throat from Code Vein. Best I could do.