The continuing adventures of Warren rending his way through his first day on the job at CREO. 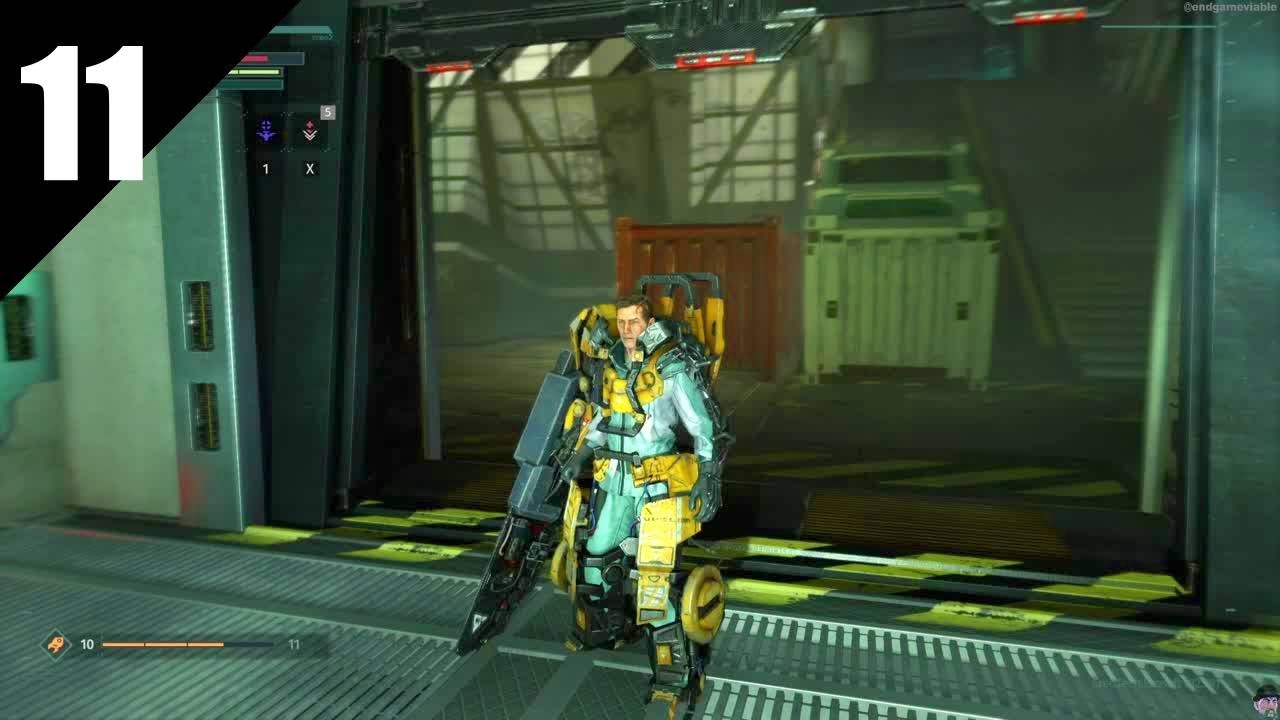 The continuing adventures of Warren rending his way through his first day on the job at CREO.

The Surge Pt 7 - Central Production B. With the Maglev repaired, Warren travels to Central Production B. After a video presentation from CREO media personality Don Hackett extolls the virtues of Project Resolve, we register a drone buddy to fly around with us and shoot lasers at people. Outside of Ops, we find much harder-hitting zombie workers that block our every move, and we don’t make much progress beyond the front door. Recorded 4/24/2021. The Surge Pt 8 - Meeting New People. Steeling our resolve (ha! get it?), we press onward into the Material Depot, where we find and rescue Hobbs and Davey, who managed to hide from the offscreen CREO zombie apocalypse. They don’t know much about what happened either. Recorded 4/24/2021. The Surge Pt 9 - A Bad Night. A bad night of getting killed a lot in Central Production B. I died so much, this is the point where I started editing the videos to cut out all the repetitive running back to where I died. :) Recorded 4/26/2021. The Surge Pt 10 - Should Have Gone Back. Warren wanders into new areas of Central Production B, where we find blowtorch robots that seem to think we need personal welding attention. We press our luck jumping out of a ventilation shaft into a new area with no way back, and it ends up being a big mistake, because of course it is. Recorded 4/27/2021. The Surge Pt 11 - There and Back Again. Having dropped our massive wad of tech scrap a million miles away through a maze of hallways, we embark on an impossible mission to find and retrieve it. On the way back we stumble upon a tempting vacation pitch from Don Hackett. CREO sure sounds like a great place to work! I mean, not counting the zombies, of course. Recorded 4/28/2021. The Surge Pt 12 - Going Nowhere Slow. Central Production B is a gigantic maze of twisting paths and hidden secrets, so we struggle to find where we’re supposed to go next. With no better leads, Warren is convinced that we need to kill some tough staff-wielding security guards to get to the doors they’re protecting, which ultimately turns into a fruitless endeavor, because they’re too tough. Recorded 5/1/2021. The Surge Pt 13 - Finally A New Path. Warren (not me, it’s totally Warren) is still stuck on trying to kill the staff-wielding security guards, and this time he’s positive he’ll be able to progress forward through the door they’re protecting near Ops. It doesn’t work. Warren finally gets it through his thick skull that we can’t kill the security guards and we need to find another way. After turning to a wiki in frustration, we finally stumble on the path forward while searching for missed audio logs. Recorded 5/3/2021. The Surge Pt 14 - Recycling and Toxic Waste Disposal. Warren conducts a lengthy investigation through the brand new areas of Recycling and Toxic Waste Disposal, two divisions that seem like they shouldn’t be next to each other in a company dedicated to reversing catastrophic climate change, and the next boss reveals itself. We tangle with massive ARC smooshing robots and little ARC welding robots. The mysterious voice of Jo whispers to us once and only once in the entire game. New zombies appear. And the mysterious Benjamin Burke tells us over an intercom that he can’t wait anymore for us, but we should get to the train if we can. Unfortunately a giant robot boss is in the way. Recorded 5/6/2021. The Surge Pt 15 - Firebug Offline. An aptly named “Firebug” security robot blocks our path to the train. The second boss in The Surge shoots fire and spins its huge rotor arms in a whirlwind of death, but it turned out to be somewhat easier than the first boss, and might have been the only enjoyable boss fight in the entire game (and indeed, the entire series, since I’m halfway through The Surge 2 as of this posting). Recorded 5/7/2021.

Next: The Surge, Resolve Biolabs