I put together my new PC build over the Memorial Day holiday weekend. There’re always some surprises when you build a PC: Things that don’t go according to plan. Here’s some of mine. 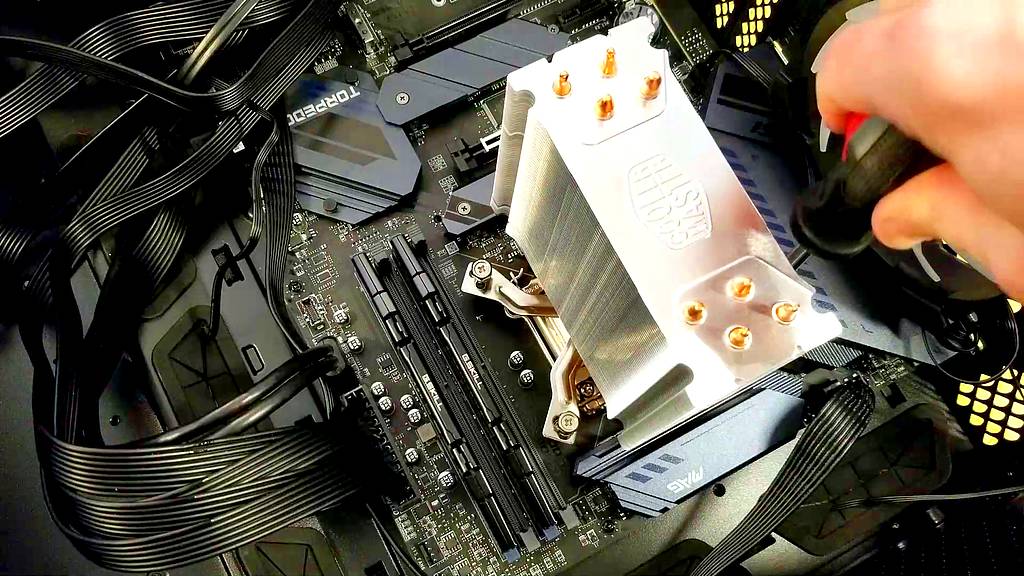 I put together my new PC build over the Memorial Day holiday weekend. There’re always some surprises when you build a PC: Things that don’t go according to plan. Here’s some of mine.

The Gungnir 100 “Battle for Your Oats” case is massive. It’s supposed to be a “mid-sized” case but I’m 100% positive I’ve owned full-sized tower cases in the 2000s as big as this thing. It’s way bigger than my last PC case, which was already bigger than the one before that.

But weirdly, since there are no 5 1/4" bays inside the case, the vast majority of the space inside the case is empty. Besides all the extra air ventilation, the missing 5 1/4" bays create tons of room for cabling, and there’s nothing blocking the SATA connectors on the edge of the motherboard anymore, which is nice.

The case has a solid tempered glass side, to show off all the cool blinky lights (if you take the time to install such things). It might be a nice feature, except there are no handholds on the glass, it’s just a solid flat rectangular piece of glass like a window pane held in place with screws. So once you screw it in place, there’s no more easy access to the inside of the PC. The days where you have to reach inside your PC to fiddle with things every couple of days are long gone, but it’s still kind of a disappointment.

The only reason I can think for them to make the case that way is to hide more cabling and make the motherboard area more visually appealing when it’s on display behind the tempered glass. Which seems quite silly to me but I guess some people are less practical than I am.

Also, the Gungnir case is heavy. It’s old-school that way. I initially figured it was mainly made of plastic, but it’s heavy enough that it might have some actual metal in it (though it doesn’t say that anywhere in the literature).

I bought an MSI power supply to make sure all the cables would fit exactly in an MSI motherboard, making the assumption that MSI would know how to match their stuff together.

The motherboard has one 8-pin 12V CPU connector and one 4-pin 12V CPU connector, but the power supply only has two 8-pin 12V CPU connectors. So I can only plug in one of them. There might be adapter cables available somewhere, but from what I’ve read, the extra 4-pin 12V connector is unnecessary except in “extreme overclocking” situations. Still, pretty disappointing. I paid a little extra for MSI brand stuff to avoid exactly that kind of mismatch. Oh well. Unexpected incompatibilities are inevitable in a PC build no matter how hard you try.

There are so many cables and little connectors that attach to a motherboard now. It feels like way more than the last time I built a PC. Two full edges of the motherboard are covered with little pin connectors of various kinds.

I’m sure I spent at least 75% of my time on attaching cables. I had to constantly flip the case over from the front side to the back side, because of the giant wall between the motherboard and the power supply area. It was a major pain in the butt, and the source of much frustration.

Cabling is the main reason I always swear to myself that I’m going to buy a pre-built PC next time, because I hate doing it so, so much. I can’t see that well anymore, and everything’s teeny tiny and hard to reach, and sometimes the cables are just barely long enough. Ugh.

I knew I was going to have to move my old graphics card from my old gaming PC to the new gaming PC, because you can’t buy graphics cards right now.

What I didn’t expect is how much that would affect video production.

I intended to use the new PC only to run games. That’s why I got a Core i5 instead of a Core i7 or i9. I didn’t intend to run OBS on it at all, which would free up a little more CPU and GPU power for games. I was going to move to a two-PC solution and use the old PC as a dedicated “video production” and OBS recording station. (I have an Elgato HD60 capture card to record HDMI input from the new PC.)

It was a great plan, except you can’t do any of that without a GPU. Once I pulled the 1070 out of the old PC, it turned into a useless brick with just an Intel integrated graphics processor. (To add further insult to injury, a brick with only an HDMI output, which no longer matched the old DVI connector on the old monitor I had been using.)

I tried to record video with CPU-powered encoding, but that failed miserably. I just couldn’t get it to encode fast enough to keep up with 1080p 60fps, without turning the quality settings all the way down to “horrible.”

Then I found an old GeForce 770 card, which was what I used before 2016. So I plugged it into my old PC, thinking that would easily solve my video encoding problems.

Well, it did, kind of, but not entirely. The 770 is a lot more underpowered than I remember it, particularly in the area of video encoding. After fiddling with the OBS settings for a while, I was able to get it to keep up with encoding 1080p 60fps, mostly, but it uses a huge chunk of the GPU power to do it. Basically all of it. (Whereas the 1070 used maybe 5% of the GPU power for the same encoding.)

On the plus side, the 770 has a DVI monitor output, so my old monitor gets to live on a little while longer.

That mostly solved my OBS recording problem, but I also wanted to continue to do video editing and rendering on the old PC.

That’s where the 770 failed miserably. Movie Studio Platinum just flat didn’t work. Davinci Resolve worked, but Resolve is way more complicated to use than it needs to be, so I don’t like it that much.

The bottom line is that I had to install Movie Studio Platinum on the new PC where the 1070 now resides to do any video editing, which is a bummer. Apparently if your PC can’t play video games, it also can’t do much video editing. I didn’t expect that.

As a side note, Movie Studio Platinum stores most of your presets and settings with the PC it’s installed on, so most of my editing configuration and VST plugins disappeared when I moved to another PC. Very aggravating.

I also failed to anticipate the problems with juggling two keyboards and two mice with two PCs. Sometimes I want to, you know, interact with the second PC. That means I have to plug it into a monitor, a keyboard, and a mouse. Often you can get away with a remote desktop situation for a second PC, but usually not when gaming or video editing is involved.

I don’t have enough room on my rickety little living room writing desk for two full-sized keyboards and mice. I tried a USB switcher, but it’s not ideal. It’s also a pain to switch my main monitor between the two different PCs. The whole thing is extremely awkward and it hinders my gaming workflow. I can’t quite figure out how to resolve this particular problem without creating a full physical workspace for the second PC, which means getting a new desk to fit both PCs or a second desk for the second PC.

Late-breaking news, since I failed to publish this post for weeks on end, I can now report that I did successfully secure an MSI GeForce 3070 card in one of those NewEgg Shuffle lotteries, which was the exact card I would have bought if there hadn’t been any shortages.

As expected, the performance difference between a 3070 and a 1070 is not as amazing as previous generations of graphics card upgrades. It’s better, but it’s not dramatically better. In the old days, upgrading your graphics card meant your FPS went from 30 fps to 200 fps. Now it goes from 30 fps to 40 fps. I think we’ve reached peak graphics performance for the foreseeable future. Look for graphics cards to start distinguishing themselves with dumb features like more and more RBG lighting (my 3070 has an unwanted pulsing light bar on it) or, I dunno, built-in toaster ovens or something, so you can heat up a cheese sandwich while you play.