The continuing adventures of Warren hacking and slashing his way through the Resolve Biolabs to reach his ultimate goal of … who knows? Warren doesn’t really have any motivation. Just an unquenchable thirst for hacking up robots and zombies. (Though he might have a secret backstory.) 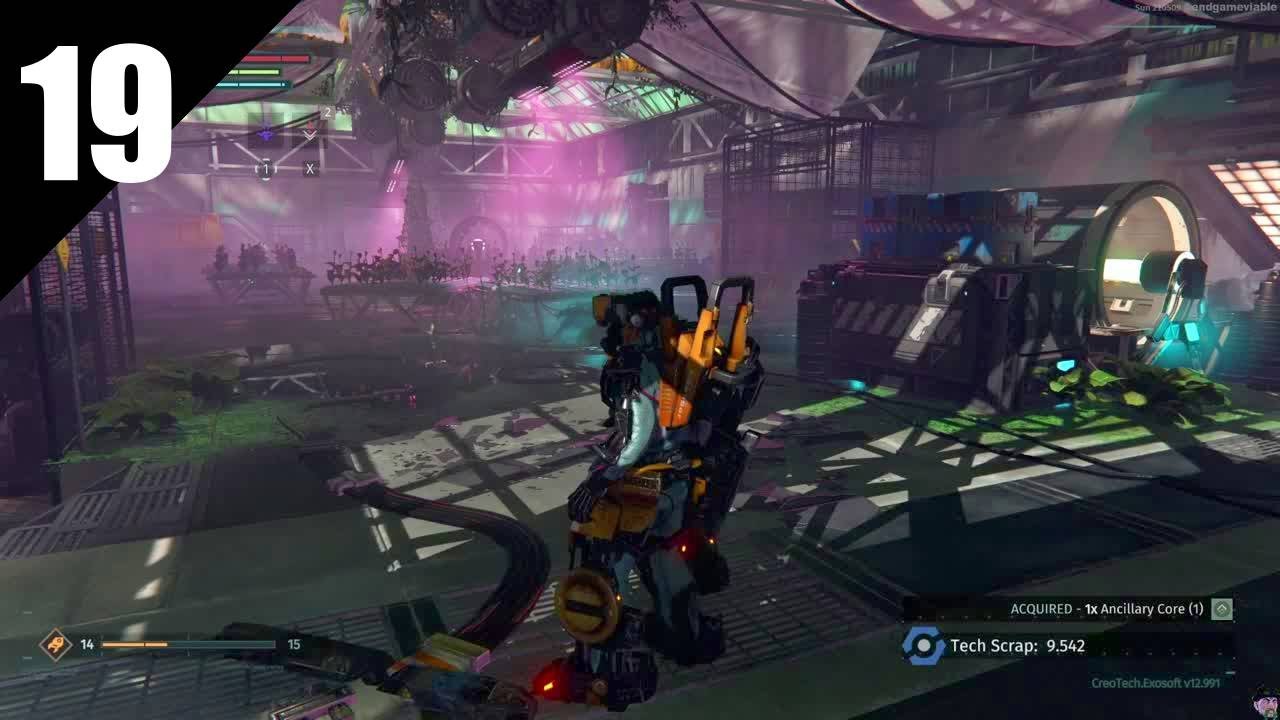 The continuing adventures of Warren hacking and slashing his way through the Resolve Biolabs to reach his ultimate goal of … who knows? Warren doesn’t really have any motivation. Just an unquenchable thirst for hacking up robots and zombies. (Though he might have a secret backstory.)

Previously: The Surge, Central Production B

The Surge Pt 16 - Finding the Train. The mysterious Benjamin Burke from the intercom told us to get to a train, but we have no idea where to find it, because we’re lost in Central Production B yet again. We spend some time backtracking to the first zone to exact revenge upon that ARC robot and the angry astronaut from the Abandoned Warehouses (our reward is an Ironmaus comic book). Eventually we find the Outbound Train Station and depart for the next area. Recorded 5/8/2021. The Surge Pt 17 - Resolve Biolabs. Warren arrives at his new home base, the Ops Medbay outside the Resolve Biolabs, which is under an intense security lockdown. The computer lady voice sternly warns us not to leave Ops because it’s too dangerous, but we have more resolve than that. We head into the sewers to find a way around all the locked doors and run into a bunch of adorable sewer robots trying to smoosh us. Recorded 5/8/2021. The Surge Pt 18 - Grasshopper Robots. Emerging into the light of day for the first time in a while, Warren faces off against deadly jumping grasshopper robots outside the Resolve Biolabs greenhouses. Why would anyone even make these things? A very insistent Doctor Chavez calls for help from an intercom. She wants us to deactivate the lockdown, which seems like a great idea. Recorded 5/9/2021. The Surge Pt 19 - Lockdown Deactivated. Jumping back down into the dark underground tunnels infested with sewer bots and assorted zombies, we explore a series of laboratories and climate zones looking for the button to turn off the Resolve Biolabs lockdown. Returning to the surface, we find that Hazard Response units with flamethrowers got rid of some of the grasshopper robots, the bad news is that they also want to exterminate us as well. Recorded 5/9/2021. The Surge Pt 20 - Doctor Chavez. Having shut off the lockdown, we power through the newly-arrived CREO Hazard Operatives (aka. flamethrower dudes) and other assorted bad things to find Doctor Chavez barricaded behind a door. She’s upset that her Project Resolve was sidelined to make way for a new thing: “Project Utopia.” We upgrade our drone so it can open more doors. Also, we find some drugs! For Davey, the guy way back in Central Production B. We head back there, and find that things have changed a lot. Recorded 5/9/2021. The Surge Pt 21 - Circulation Tower. Back in Central Production B, we use our new drone upgrade to open a new door to the Circulation Tower, where we find the CREO Hazard Response Operatives are using grenade launchers in addition to flamethrowers. But it doesn’t stop us from finding the zombie rave party. A comical fall from a bridge ends the session. Recorded 5/9/2021. The Surge Pt 22 - More Circulation Tower. We thought we were done with the Circulation Tower, but we have to go back to find a way up the scaffolding, which eventually leads to a handy shortcut back to Ops and an item we’ve been trying to reach since Pt 7. Recorded 5/10/2021. The Surge Pt 23 - Big Sister Offline. The vaguely-Oceanic hologram lady told us to climb up some maintenance tunnels to get to the Executive Forum, so we head up the scaffolding in the factory. Right into the next boss: A giant automated factory robot contraption called SISTR 1/3 (for unknown reasons). It’s another frustrating boss fight where it seems like “luck” is the main requirement for survival, but we get through it, and find ourselves stuck in Research and Development with no way back. Recorded 5/10/2021.

Next: The Surge, Research and Development