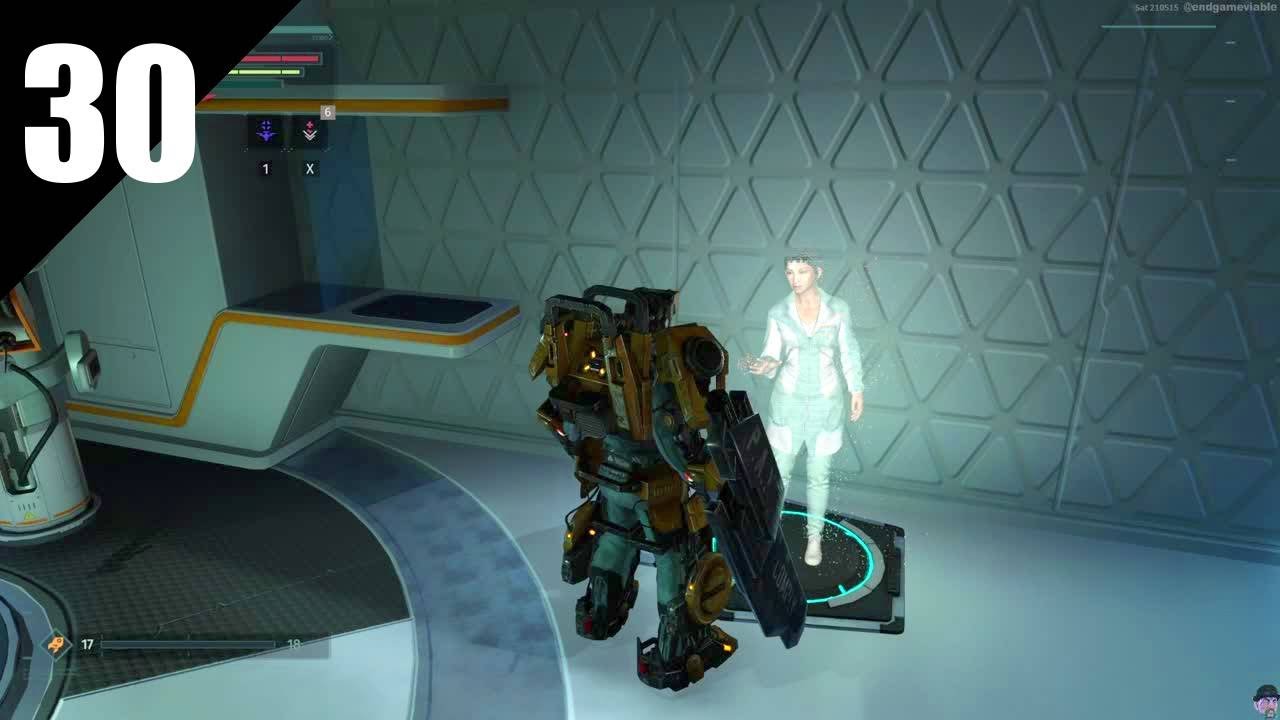 The Surge Pt 24 - Research and Development. In R&D Ops, we met Alec Norris, who wants us to find his little girl Maddy somewhere in R&D. We meet Dr. Gene Barrett, who thinks we’re there to inspect his Utopia Project, but he doesn’t want us there either. The Hazard Response teams with flamethrowers and grenade launchers are everywhere, and now they have little drone buddies to shield them. They’re also making Terminators in these labs. Oh, and there’s toxic gas everywhere. Recorded 5/11/2021. The Surge Pt 25 - Nano Production Hall Wall. Things get hairy in and around the Nano Production Hall, where flamethrowers, grenade launchers, and even ninjas make progression very slow because death is constant. We return to Ops so much that we memorize the first part of Don Hackett’s repeating speech from the big Jumbotron screen about Rome not being built in a day. Recorded 5/11/2021. The Surge Pt 26 - Vicious Media Attacks. Navigating mazes of access tunnels and fighting more Terminators and other stuff that I can’t remember heh. On the ubiquitous background video screens, Don Hackett interviews CREO founder Jonah Guttenberg about vicious media attacks. The Surge Pt 27 - Maddy. Still navigating the labs and Terminators in R&D, we find Alec’s “daughter” Maddy, who isn’t what we expected. The Surge Pt 28 - Doctor Barrett. We finally catch up with Doctor Barrett and have a chat about the benefits of Project Utopia over Project Resolve. Sounds great, sign me up! The Surge Pt 29 - Contingency Protocol Activated. Dr. Barrett activated the Contingency Protocol, which set loose a slew of bad things in R&D which makes it really hard to get out of there. The Surge Pt 30 - Back to Home Base. We make it out of R&D and fight our way (very, very slowly, dying repeatedly) back to our home base in Central Production B for another chat with the vaguely Oceanic-sounding hologram lady. She still wants us to go to the Executive Forum to fix everything, but we have to go through security to get there. The Surge Pt 31 - Executive Forum. Both Dr. Chavez and the vaguely Oceanic-sounding hologram lady want us to go to the Executive Forum, so that’s where we’re going. We have to go through some security checkpoints to get there, fighting our way past a bunch of tough security electric staff-wielding ninja fighters. The Surge Pt 32 - Black Cerberus Offline. Hey look, it’s another annoying boss fight in The Surge. This one has Very Important Environmental Components that are impossible to figure out unless you’re ridiculously lucky or you read about it in a wiki. So save yourself some frustration and just read a wiki first. The game does not give you the clues you need to beat this boss, and without them you’ll spend hours trying to figure out why it’s an endless grind. It’s fairly easy once you know “the trick” and it only took one try after that.

Next: The Surge, Executive Forum and Nexus