The 42-part adventure in The Surge begins, a game that was fun except for the boss fights, and the last zone, which was an ordeal to finish. 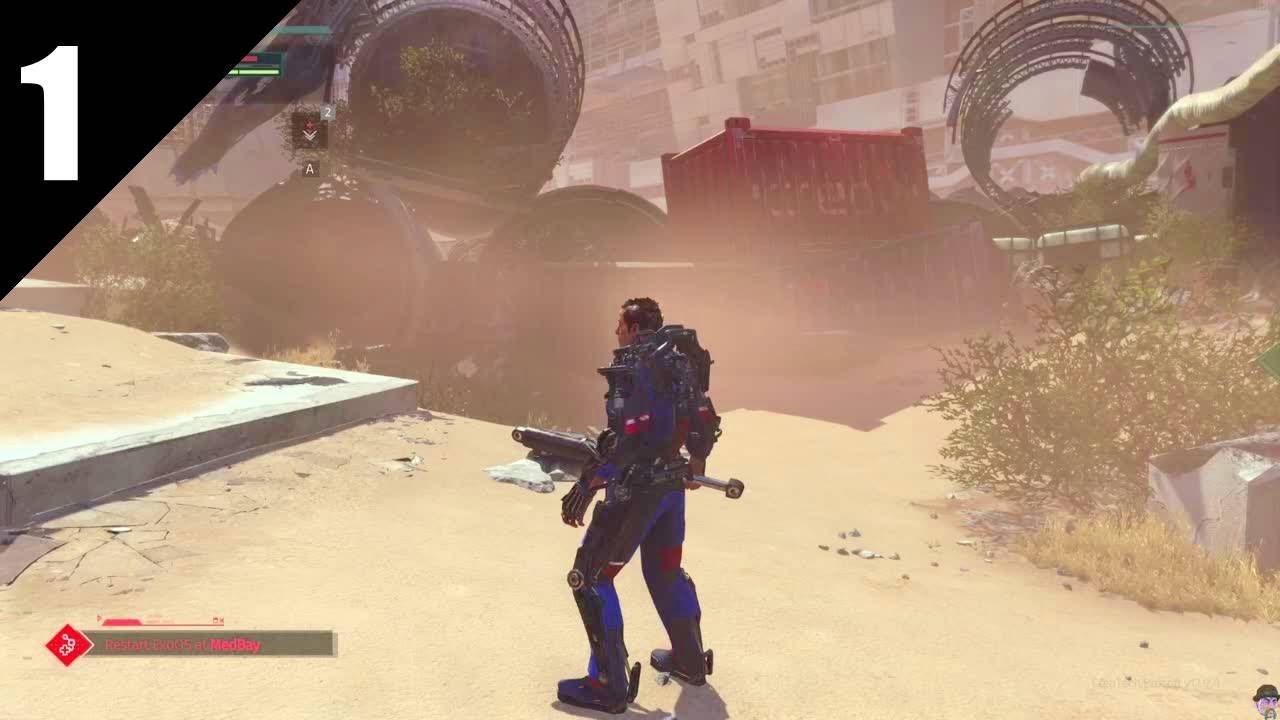 The 42-part adventure in The Surge begins, a game that was fun except for the boss fights, and the last zone, which was an ordeal to finish.

I was somewhat inspired by Naithan’s Dark Souls Remastered series to try to provide slightly narrative reader-friendly descriptions of each part, but I can tell you that I’ve already run out of energy for such intensely ungratifying work after only eight parts. Summarizing a 40-minute video in a couple of entertaining sentences is really time-consuming.

The Surge Pt 1 - Project Resolve. Warren signs up for a new job at CREO as a RHINO Heavy Operator. The onboarding process turns out to be extremely painful, but on the plus side he doesn’t need a wheelchair anymore. We’re surrounded by drones trying to kill us, but we find shelter in a conveniently-placed Ops building. A hologram lady tells us to get to a factory and find a Maglev station. Unfortunately more flying drones stop us cold. Recorded 4/19/2021. The Surge Pt 2 - Power Core. Warren learns the subtle art of cutting body parts from his enemies, in the Assembly Halls, a task he seems oddly good at. We find that everyone at CREO has turned into zombies for some reason. It’s fine, though, because we find a new power core along the way. This allows us to use the Medbay and Gear Assembly in Ops, but the vaguely Oceanic-sounding hologram lady seems unimpressed. We press onward until a zombie worker halts our progress. Recorded 4/20/2021. The Surge Pt 3 - The Angry Astronaut. After trudging through the Assembly Halls, wending our way through zombie workers, we stumble upon a giant ARC robot and an irrationally angry astronaut. Recorded 4/20/2021. The Surge Pt 4 - Down Into Darkness. The going gets tough in the Main Assembly Line, where a series of zombie workers and drones don’t want us around. We manage to gather enough tech scrap to unlock a new implant slot and some RHINO gear. Stairs in the Rocket Assembly Station lead down to a dark place, where we meet a quick end. Recorded 4/20/2021. The Surge Pt 5 - Turning on the Power. We run from the dark place to explore a different direction, but eventually we have to come back to turn on the power for the Maglev train. Unfortunately it also turns the security systems back online. Recorded 4/21/2021. The Surge Pt 6 - P.A.X. Offline. The P.A.X. security robot is broken, but it’s still an ordeal to bring down. The first boss fight is a tedious multi-day grind that challenges our resolve to even finish this game. It’s not a particularly good omen for boss fights to come. Thankfully it drops a very useful weapon, the massive P.A.X. Imperator, complete with the message “COMPLY” stamped on it. Recorded 4/21-4/24/2021.

Next: The Surge, Central Production B