Another week of playing strange games for free with a free trial of Stadia Pro. It’s really a fantastic system for trying out new games quickly. The technology is very cool. The sticking point is who pays for it, and how much this luxurious convenience is worth to a consumer. 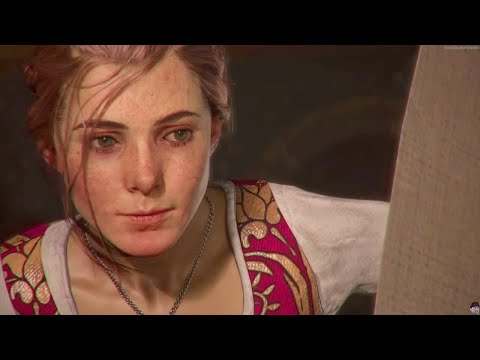 Another week of playing strange games for free with a free trial of Stadia Pro. It’s really a fantastic system for trying out new games quickly. The technology is very cool. The sticking point is who pays for it, and how much this luxurious convenience is worth to a consumer.

F1 2020 - Snap Judgment (Stadia). It’s a racing game with realistic-looking formula F1 cars. I won my first race, so I saw no need to ever play it again. (Admittedly I was playing with tons of assistance, but still, I left the AI opponents in the dust easily.) Recorded 3/27/2021. Cthulu Saves Christmas - Snap Judgment (Stadia). I deliberately avoided clicking on this one because, even though the title makes me chuckle, I knew that the title was probably the best thing this game had to offer. I was right. The joke wears out very quickly and you’re left with nothing but unoriginal JRPG mechanics. Recorded 3/28/2021. Human Fall Flat - Snap Judgment (Stadia). A surprisingly fun physics puzzle game where you have to figure out how to traverse across terrain using your arms and body as levers. I expected it to be terrible but it actually isn’t. A satisfying game I’ve enjoyed returning to from time to time. Recorded 3/27/2021. Endgame Viable playing République. In this video I was just testing Stadia’s capabilities of streaming directly to YouTube. It worked fine, but it used the wrong microphone of course. Stadia doesn’t give you very much feedback about the details of the streaming process, so you can’t tell if it’s working right or not, it’s just “on” or “off.” This is my backup microphone, which I normally only use if I accidentally mute the main microphone, something that happens relatively often. Always record a backup microphone track, kids! But, you know, don’t always use it, because it sounds terrible. Let this video be a warning to you all. Magic: Legends Open Beta - Snap Judgment. An average Diablo-clone game with Magic: The Gathering intellectual property stamped on top of it and a weird random card ability mechanic that nobody is going to like. Recorded 3/28/2021. Ys VIII Lacrimosa of Dana - Snap Judgment (Stadia). A third-person anime action RPG game with the standard puzzling anime aesthetic (you know, where everyone has adult conversations but looks twelve years old). Colorful, at least. Apparently started life as a PS Vita game, which explains a lot. Not terrible, but not fantastic either. Recorded 4/2/2021. Idle Champions of the Forgotten Realms - Snap Judgment. Possibly the greatest game ever created: The one you don’t have to play! Just sit and watch your party decimate enemies while numbers keep going up. It sounds dumb but it’s actually pretty cool. The “game” is in optimizing your party’s formation to maximize damage output. Highly recommended for morning coffee time. BUT: Once you learn the best party formation (there is only one), every mission plays out exactly the same way, and you can just go ahead and uninstall it. Recorded 4/4/2021. Borderlands 3 - Snap Judgment (Stadia). More of the Borderlands shooter formula. Mildly entertaining in very small doses. Nothing we haven’t seen a hundred times before. So formulaic there’s nothing else to say about it. The most interesting aspect of the game is this: Weirdly the song at the beginning only generates a copyright claim in North Korea, Syria, Cuba, and one other place I can’t remember. Saudi Arabia? Recorded 4/8/2021. A Plague Tale: Innocence - Snap Judgment (Amazon Luna). Day 1 of Amazon Luna free trial. A graphically beautiful, tense stealth game that’s been on my wish list for a long time. Trying it out for free on the first day of a seven-day Amazon Luna trial. Cool French accents. I enjoyed it, so I bought it for real. I had once intended to make a series out of this game but I don’t think it would work very well because it looks like it’ll play out exactly the same way for every player, and there’s so much incidental voiceover dialog there isn’t much space for commentary. Recorded 4/12/2021.