Finding a microphone that can also be used for content creation (aka. makin’ vidyas) in a noisy room is challenging. 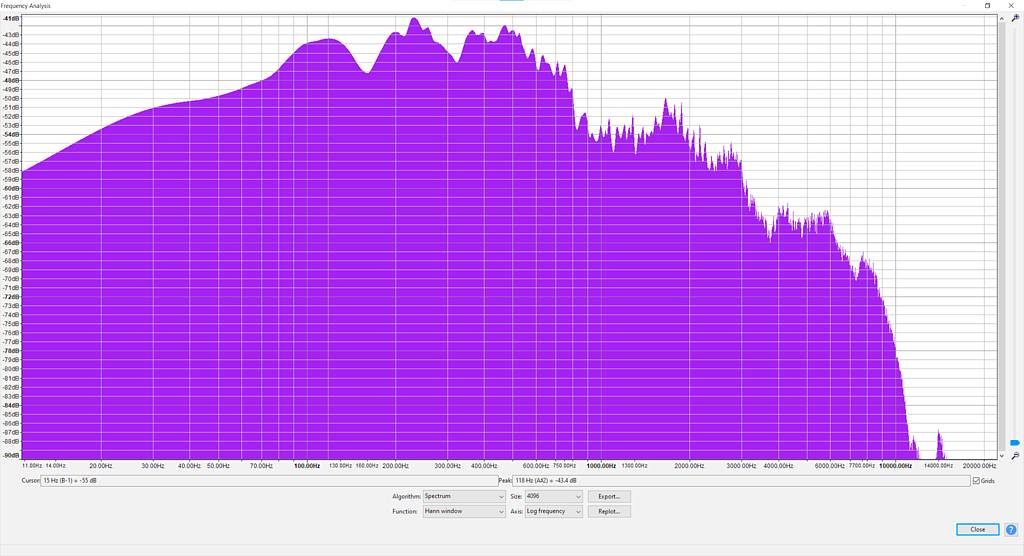 Finding a microphone that can also be used for content creation (aka. makin’ vidyas) in a noisy room is challenging.

Part of starting a new job was moving my gaming PC out of my computer room to make a dedicated “office.” (Tax deductible!) So all my gaming stuff is back in the living room, where it used to be when I first moved into this house.

My living room is fairly big, with wood floors and groovy 1970s-style wood paneling on the walls. Readers who have done any music or podcast recording might be able to guess that it’s a very “live” room, meaning it reverberates a lot. Sometimes that’s good, like if you’re performing in a musical theater. In this case it’s bad. Anything that my dog or cat does in the room with me, or in the kitchen, or in the hall, or pretty much anywhere, comes through very loud and clear on any video. See: Any video on my channel between 2016 and 2017.

That’s actually the main reason I moved my gaming PC into a smaller, carpeted room. (That and it was too cold in the living room during winters.) When you’re trying to record sound through a microphone in a controlled way, the basic priorities are:

If you can’t do anything about the room, the only thing you can do is move the microphone as close to the source as possible and use the least possible gain. You can rely on the physics of sound pressure levels and that old reliable -6dB-per-doubling-of-distance.

For recording game videos in a noisy room, that means using a headset microphone, or possibly a lavalier microphone.

A lavalier would probably be my first choice, but good lavaliers are kind of a pain to find and setup, because apparently nobody feels like they need to make wired lavalier microphones with plain old XLR or even USB connectors for game video enthusiasts or streamers. This seems like an oddly large hole in the market if you ask me. I would think every Twitch streamer out there would immediately buy a USB lavalier microphone so they don’t have to wear those big dumb bulky headsets on camera and worry about it messing up their carefully-styled cosplay hair, or deal with the audio engineering headaches of a condenser mic setup (see: room noise), if one but existed in the marketplace. But alas, they don’t. So I decided to look for a gaming headset.

I started with a Corsair HS50 headset. It’s plain and black, like a headset should be, without any blinking gamer lights. It was about $50. I figured that would be a reasonable “mid-range” price point that should have a microphone that was better than awful, but perhaps not good enough for Abbey Road Studios.

Boy, was I wrong. The microphone in this headset is terrible.

Here are the only three videos I recorded with the Corsair headset. Keep in mind I did a lot of post-processing work to try to improve the quality of these microphone tracks. I used compression and EQ. I boosted the bass frequencies by a full +12dB, which is a ridiculous amount.

The headphones are fine, I guess. Big and bulky and closed-ear, which I don’t particularly care for because I get kind of anxious when I can’t hear the sounds of the world around me in my quiet house living by myself, but I expected that. They’re reasonably comfortable, with “memory foam” ear cups.

But the microphone is just awful. It’s by far the worst microphone I’ve ever purchased in my lifetime. The tiny little stereo microphones in my cell phone are far better. I’m pretty sure I have guitar pickups that could do a better job of recording a voice. Telephones from the 1970s did a better job.

It’s probably hard to read that picture. It’s basically got a frequency response between 500hz and 5khz. Which is terrible. It sounds like you’re Neil Armstrong on the moon. The 5khz rolloff wouldn’t bother me so much, but losing frequencies below 500hz is the worst, because your 200-500hz range is where most of the best parts of a voice come from.

It’s not a fair comparison, because there’s EQ and compression applied to this sample, but here’s the plot for what I was using before moving back to the living room, a midrange Rode NT1 large-diaphragm condenser microphone I got in circa 1999:

That is a frequency range of 100hz up to about 13khz, with all the good frequencies intact.

The point is, the Corsair headset is so bad it would be a significant step backwards in the audio quality I’ve developed over the years. It’s probably an acceptable headset for video calls or maybe online gaming that you’re not recording. There’s an argument to be made that it’s accentuating the frequencies that make speech more intelligible.

But it’s hot garbage for content creation. In my opinion, of course.

This is the second time I’ve been disappointed in a Corsair product, so that gaming brand is now officially dead to me. I have a Corsair K55 keyboard, which is a cheap plastic $20 keyboard in a $50 package with blinky lights. In fact, I dare say most products “for gamers” are usually a waste of money, but that’s a different topic.

Anyway, back to the headset. I found myself having to make a choice. I knew I wasn’t going to be able to do much about the sound treatment in my living room, at least not in the foreseeable future. So I could either continue to buy cheaper headsets, trying to find one with a decent-enough microphone by trial and error (good luck finding a review of a headset product from someone with even minimal knowledge of microphone technology), throwing good money after bad, or just skip all that and go straight to buying an expensive headset made specifically for my application from a trusted microphone brand.

I probably would have done the former, or even tried to stick with the Corsair, except that I just happened to have gotten a new job recently, so I splurged and went with the latter, and bought a Shure BRH50M broadcast headset.

It’s way more expensive than what I should have paid for making free game videos. I don’t recommend it unless you’re a person who enjoys dabbling in the arcane arts of audio engineering and recording, and such things are a fun hobby for you. It uses XLR and 1/4" connectors, so you’ll also need some kind of audio interface or a mixer to make use of it (I had those already). It won’t attach directly to a computer; it has no USB interface.

How’s the quality? It’s good. The microphone has a lot better frequency response than the Corsair, and it’s got a superbly low noise floor, the true indicator of a good microphone. (Noise floor is a very easy objective measurement that game product reviewers should also include, incidentally.) But it’s certainly not a replacement for a large-diaphragm condenser microphone. Unsurprisingly it’s roughly the quality of a Shure SM57 or SM58, the workhorse of the music industry. But it sounds like you’re speaking directly into the microphone, like the singer that’s “eating the mic,” because it’s a hypercardioid mic that’s literally an inch from your mouth. It’s got that sportscaster-at-the-big-game sort of sound (which is exactly what it was made for I think), and all the inherent problems that come with it.

But for my purposes it’s good enough, because it completely rejects any room echo or noise around me, which is exactly what I wanted. The dog and the cat could be fighting each other and knocking furniture over 10 feet away and you wouldn’t be able to hear it in a video. Just don’t expect to be recording any singing vocals with it because it’ll pick up a lot of plosives and breathing that you wouldn’t get with a desk microphone or a lavalier. It picks up a lot of sibilance too, so get your de-essers ready. I definitely wouldn’t record a podcast with it, unless you’re recording your podcast in a wind tunnel or in a stadium full of cheering fans.

I didn’t draw on that spectrum plot because I didn’t feel like it anymore. It should be reasonably obvious that it more closely resembles the Rode spectrum plot than the Corsair spectrum plot. It’s got a frequency response of around 100hz to 7khz, which is about what I’d expect from a dynamic microphone and perfectly fine for my needs.

Here’s one video with the Shure microphone. All my recent ones use it. I’m still tweaking the settings so it’ll improve over time. This game happens to be Human Fall Flat, which I’ve mentioned before, but it’s a pretty good physics puzzle game, so I don’t mind mentioning it again.

They aren’t the most comfortable ear cups I’ve ever worn, though, which is a bummer. They’re supra-aural, which means they sit on top of your ears, not circum-aural, which enclose your ears and sit on your skull. I kind of wish I could just wear plain ear buds instead. But for my use-case, I typically only play game sessions for 30-45 minutes at a time, so that’s the only amount of time I need to wear the headset.

Anyway I’ve inserted this Shure headset into my normal microphone audio path for all my videos now. My standard microphone path goes into a Mackie mixer (where I add a little low EQ and cut a little midrange EQ), through an outboard Behringer compressor to level out the ridiculously high dynamic range between when I’m mumbling to myself and when I’m yelping in surprise (it also has a noise gate), then into a Scarlet audio interface and into OBS. With an ffmpeg de-esser filter in post-processing, this new Shure headset doesn’t sound half bad. Still plenty of room for improvement, but good enough for now.

At least until I put up some curtains or something around my computer desk so I can return to a desk mic. Don’t hold your breath for that to happen anytime soon though.

Weirdly, though, this Shure microphone doesn’t sound that much better than a $30 Plantronics 478 USB headset I got some 10 years ago. A lot of people, including me, might not be able to tell the difference if they were played back-to-back. So it’s certainly possible to find a decent-sounding headset at a good price, if you can find one. (I don’t think you can buy the 478 anymore, though.) I would have used the 478 in the first place, except the foam on the earcups disintegrated, leaving nothing but bare plastic sitting on my ears, which isn’t very comfortable, even for just 30 minutes. Also the Plantronics picks up more room noise.

For comparison, this Valheim video used the Plantronics headset:

As for the Corsair headset, I unplugged the detachable boom mic and last used it to listen to podcasts from my phone while mowing the back yard. They’re not even very good at that, because they don’t block mower noise very well, either.