Some thoughts on Bloodborne, Dark Souls 3, and the upcoming Elden Ring. 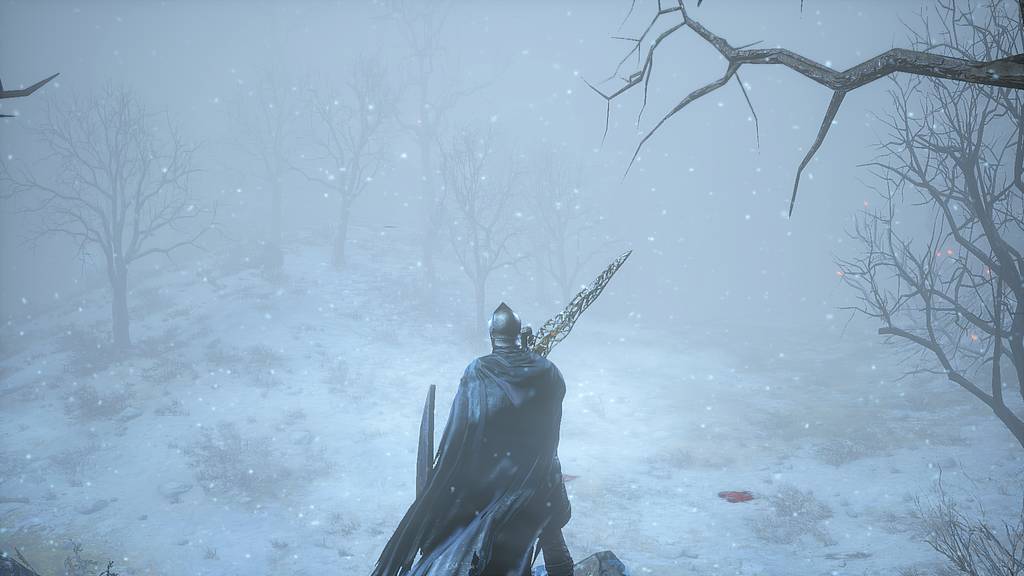 Some thoughts on Bloodborne, Dark Souls 3, and the upcoming Elden Ring.

I saw Pete over at Dragonchasers and others talking about Bloodborne on Twitter, which got my attention. I think they’re trying to practice to get their muscle memory in fighting shape before Elden Ring launches. (Unfortunately practicing one Soulsborne game rarely helps with another Soulsborne game, because there are unique quirks in each one that make the controls slightly different.)

But it still got me to dig out my PS4 and play some Bloodborne again. It’s a great game. I dare say one of the greatest. If there was a Best Game Of The Decade 2010-2020 it would certainly be a contender, alongside one or two other From Software games (ie. Dark Souls 1 and 3).

I should say it’s a great game except for that classic Bloodborne 30 fps lag and the quirky button input queueing issues and the frustrating camera angles that make it impossible to see anything. And the mindless farming for blood vials and bullets. And the fact that it requires a controller, which hurts my thumb.

The sore thumb got me to install Dark Souls 3 on PC again, which is probably a better game to play to prepare for Elden Ring anyway. Especially for me, who is intending to play Elden Ring on PC with mouse and keyboard controls.

So instead I started replaying the Ashes of Ariandel DLC, which is also hard as hell. But I got up to and unlocked the Sister Friede boss fight. I’m not particularly eager to jump into that fight again, since it was one of the most difficult and memorable fights in the entire Soulsborne series for me. But at least it’s there now if I want to hear a voice actor say, “Leave us be, Ashen One, sweep all thought of us from thy mind,” a hundred times.

With Dark Souls 3, I can use mouse and keyboard controls, even if they aren’t particularly great. They’re good enough to get the job done (I’ve refined them to the point that they bear little resemblance to the defaults anymore and I made an AutoHotkey script so I can split up the Run and Dodge actions like a normal game), but they aren’t better than a controller. I’m hopeful Elden Ring will continue to improve the mouse and keyboard controls, but I’m not holding my breath.

I’m wrestling with re-learning my Faith build character, the one I chose to finish out my The Ringed City DLC video series, for some weird reason. (I lost the original character in an SSD crash.) I keep reading that Faith builds are powerful, but my Faith build feels super squishy.

The main problem with both these games is that it’s too soon to fall down a Soulsborne rabbit hole. Elden Ring is nearly a month away, a veritable lifetime in gaming time. That’s plenty of time to burn out.

As always, I’ll be going into a total blackout for this release. I’ve seen two trailers thusfar; one was the original teaser, which didn’t show much, and the second one more recently had a tiny bit of gameplay footage. All I know so far is that it’s more open world than before and there’s a horse, neither of which install a great deal of confidence in me. I fully expect it to be implemented like Assassin’s Creed 1, where every moment spent on the horse traveling from Point A to Point B is wasted game time.

In other gaming news, I cancelled my subscription for Final Fantasy XIV, since I haven’t logged in for over a month, and the first eight quests in Endwalker don’t exactly start with a compelling narrative. I imagine it’s the same deal as Shadowbringers: There are probably 5-10 quests in the MSQ that are fantastic, but the other 90-95, particularly in the second half, are mostly killing time.

I’ll go back someday, but it will most likely be after I finish with Elden Ring, coming out next month. Perhaps by then Square Enix will figure out how to update their 1990s infrastructure.