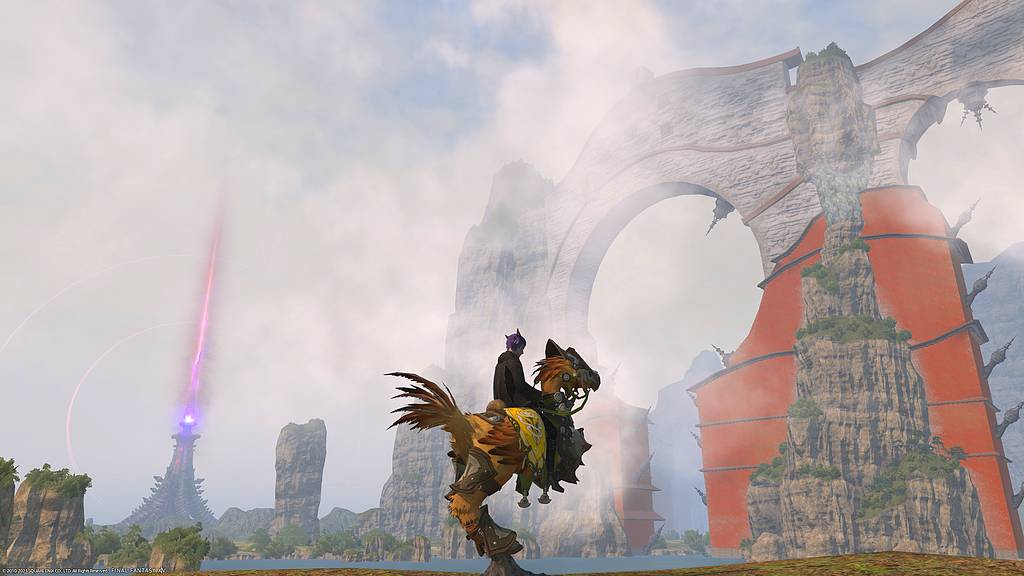 Notes on the Final Fantasy XIV Shadowbringers Patch 5.4 Content, Futures Rewritten, which I finished well over two months ago at the time of this publication.

Endwalker is almost upon us, and you know what that means: It means I need to hurry up and finish these Shadowbringers posts.

While everyone else is peeing their pants with excitement all over Twitter, I myself largely forgot Final Fantasy XIV even exists. I’m playing single-player RPGs. As I’m typing this, I’m currently enjoying Pathfinder: Kingmaker more than I thought I would. Good single-player games are usually better than late-stage MMORPGialism.

I went through these ten quests, which included a Trust dungeon, on a Saturday.

We’re back in The Source now, resuming our “duties” as Scions, with a new and improved, completely fine G’r’a’h’a Tia (I don’t know where the apostrophe is supposed to go). Scions never die in Final Fantasy XIV anymore.

Well, except the one, who seems to die once per expansion. Rotten luck for her.

Oh, I guess that lalafel died too. And a few other new characters died in Heavensward, but they weren’t Scions. I can only assume Square Enix received customer feedback after Heavensward that they should never kill anyone important again, because the plot armor has been pretty thick in Stormblood and Shadowbringers.

Anyway, back to the story: First, Alisaie creates a cure for “tempering,” with her porxie buddy. They don’t have to go through FDA approval or anything for treatment in Eorzea, they just do it.

First up is Ga Bu, the poor little goblin from, I think, the end of Heavensward, wrapping up a long-standing dangling plot thread. The one and only experiment proves successful, so they immediately put this treatment into mass production. Science!

A “tempered” person is one who has been enthralled by a primal, if you’re not into Final Fantasy lore. The implications of a cure for tempering are huge in Final Fantasy-land, somewhat akin to a cure for cancer, though a casual player might not understand it, because they don’t talk about tempering much.

I only remember tempering because I happened to recently re-play the beginning of A Realm Reborn, so I re-experienced the tempering problem from the very first primal trial with Ifrit.

Back in A Realm Reborn, they simply euthanized/murdered any tempered souls, because they were beyond hope. In replaying the early game, I noticed that A Realm Reborn was much more grimdark than the disgustingly wholesome family-friendly fare that it currently is.

The point is Ga Bu is cured. Then there’s a little side quest with Limsa Lominsa working out a new treaty with the kobolds, a plot which has echoes of colonialism I’m sure we’re all familiar with seventeen times over by now.

It doesn’t really matter, though, because strange towers suddenly appear all over the place, and then our crazy new Ascian friend Fandaniel shows up with a dragon, and declares that he’s going to destroy the world just because he’s crazy like that.

It’s hard to imagine how Fandaniel and Zenos could carry an entire expansion, though. I had a theory that Zenos would exit the stage before Endwalker, but I don’t think there’s enough time now.

Anogg is still missing. We try to find her and … plot twist! Anogg and Konogg are androids! Well, Anogg, at least. Maybe? It’s not really clear. But I think they definitely want us to think that.

Around this time I finished my grinding in the Gold Saucer for the Stupid Regalia Car. I didn’t even get it out to do a screenshot. I will never, ever use it, ever, because it looks dumb and I have no use for a 4-person mount anyway.

But I spent over a week doing mini-games for it because it’s important to be able to get it out in case anyone ever thinks they’re a better gamer than me because they’re riding around in a stupid car. That’s how social status works in MMORPGs. People think they’re better than you if they have something “rare.” It’s the dark side of MMORPG elitism nobody ever talks about.