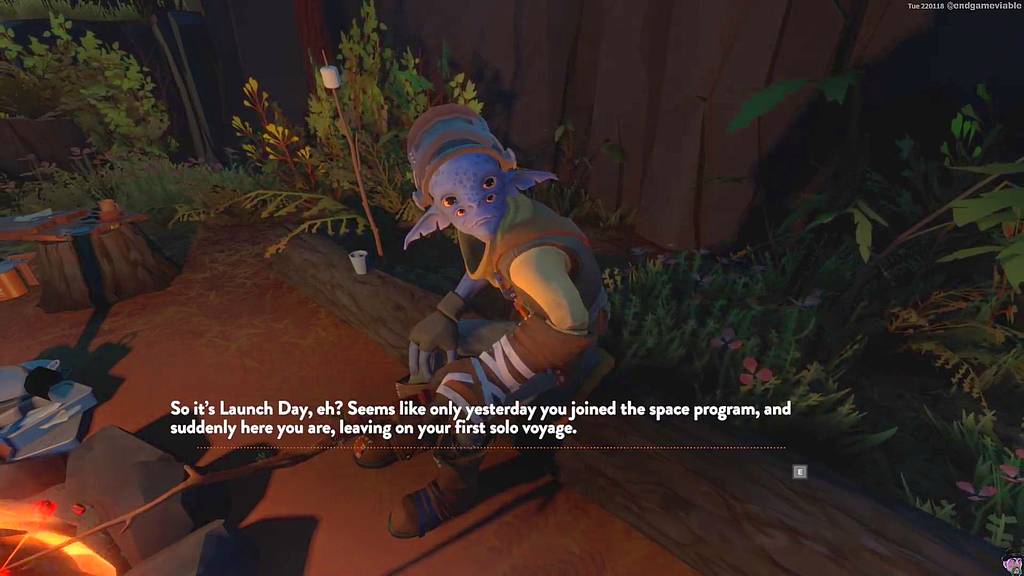 It all started with a provocatory tweet from Jeff Vogel, which got under some folks’ skin, and some heated Twittering, and some heated Discord discussions, and then a couple of blog posts tagged #JustOnePercent, and a movement was born.

I’m not nearly as up-in-arms about this Jeff Vogel guy as some of the others [I obviously don’t know him enough to even get his name right], but I like the idea of playing indie games. Unfortunately due to life in general, it’s exceedingly unlikely that I could commit to playing 100 indie games in a year, let alone writing anything about them. I find it hard to disagree with the basic notion that there’s too many games in the world (for me) to look at. But I could look at some.

So I thought to myself, “Hey, I bet a lot of those free games I’ve been getting on the Epic Game Store are indie games.” But then I thought, “How do I know if a game is indie?”

I see from Krikket’s and Magi’s posts that the definition of an indie game is something along the lines of: “An indie game is whatever I say an indie game is,” which lacks a certain scientific objectivity for my tastes. I know it’s complicated but surely some kind of baseline measurement can be formulated.

I’ve always thought of an indie game, or indie project of any kind, as one in which the creator sells the work to the consumer themselves. As opposed to having a publisher sell the work to consumers for them, which is the so-called “traditional” model. Artists typically aren’t great salespeople, so it makes sense to contract with specialists to do that work for them.

But the “publisher” is typically thought to have the power in that relationship (a robust discussion topic in itself), because they have all the money and contacts and distribution channels which are crucial for getting any artistic work in front of consumer eyeballs. Unfortunately the publisher then becomes a “gatekeeper,” because they set the rules for what they think they can sell. It’s a sad fact of life that not every artistic work is enough of a commercially viable product to earn living wages for a working company full of employees (ie. the publisher).

Indie creators, by comparison, take on all that burden of marketing and finding an audience and selling their work themselves, in exchange for the freedom to sell whatever they want and bypass all the gatekeeping.

That’s how I’ve always viewed indie content creation, at least. In the games world, the book world, and the music world.

Back to games. I thought it might be easier to make a list of game publishers that definitely aren’t indie, and declare that an indie game is one that isn’t on that list. So I set out to make a list of publishers with more than some arbitrary revenue per year, say a million dollars. But that would probably be a big list. And I can’t find any data sources to make such a list anyway.

Then I wondered if a game could be considered indie even if it goes through a publisher? My instinct is no, based on the indie music and indie book world, but maybe? If the game developer is large enough to hire the publisher somehow, or in fact owns or is the publisher, then I could see it still being classified as an indie project.

After some more research, there seems to be two basic definitions of what “indie” means: One is financially independent, and the other is creativity independent. Both fairly vague.

Then, after more discussions on the Blaugust Discord, a third definition of an indie game bubbled up, which is more of a social or genre definition–a classification of the content itself, regardless of who makes or publishes it. A “feeling” or “vibe.” Not a business classification at all, as I’ve been thinking of it for many years.

It’s very confusing, is what I’m trying to say, and few people seem to agree on what indie means, and even fewer people seem interested in correcting that situation. So, “Indie is what I say it is,” turns out to be pretty accurate. The world seems fine with a word that has no specific agreed-upon definition, a disturbingly common trend lately, I’ve noticed.

The problem for me is that I don’t particularly want to do an in-depth study on every single game to classify it appropriately. So I settled on this as a step-by-step objective formula for measuring if a game is indie or not:

That worked for about three games in my Epic Game Store library. Then I couldn’t help but notice it’s extremely time-consuming to track down the developer and publisher of every game, then search those lists. It offended my lazy programmer sensibilities.

Naturally, the Epic Game Store doesn’t tell you the developer and/or publisher. So, it’s still a pain for me to find the indie games in my Epic library, no matter what.

Some others tackling this subject:

Image: Outer Wilds, which I believe was chronologically the last indie game I played, for about a half hour on the Xbox Game Pass for PC. An interesting idea for a game, but it didn’t really click with me.