I didn’t set out to get a Playstation 5 to play Demon’s Souls, it just kind of happened. 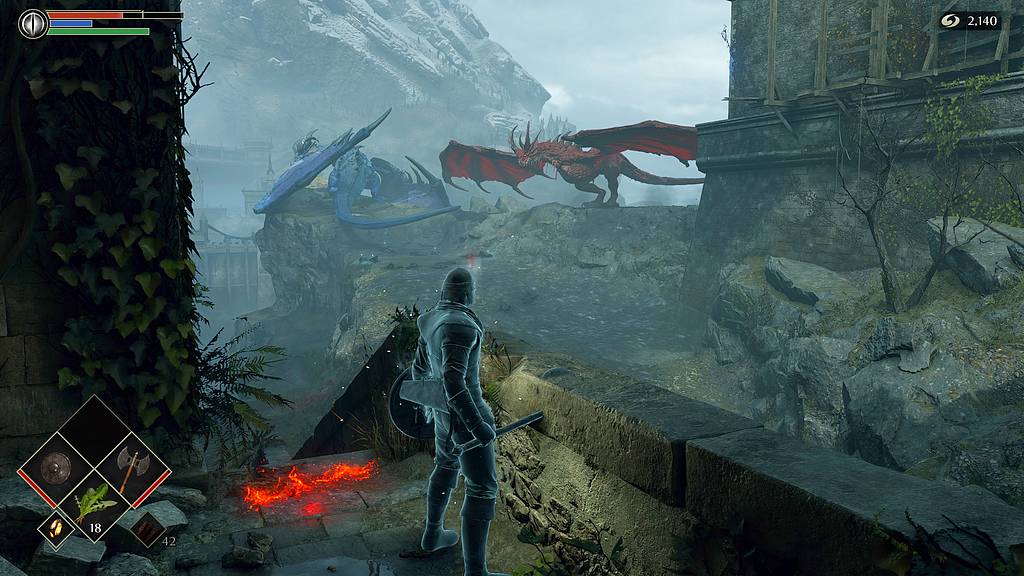 I didn’t set out to get a Playstation 5 to play Demon’s Souls, it just kind of happened.

I expected it would take months of entering NewEgg Shuffles to get a PS5, but it turned out that I got one on my first try, bundled with five games and an additional fancy schmancy red controller to boot.

The console came in Friday before the snow, so I spent the past weekend playing the Demon’s Souls remake and managing thumb pain, both of which went fairly well. The PS5 controller is a massive, heavy thing roughly the size and weight of a bowling ball, in comparison to any previous controller I’ve ever used, but it seems to be slightly easier on my thumb. I have no idea what they put inside that controller to make it so heavy. Solid steel? Lead weights? I don’t know. And I don’t know why. I would have thought that a lighter controller would be the goal.

Anyway Bluepoint’s Demon’s Souls remake is quite good. It’s just like Demon’s Souls on the PS3, except it runs faster than 10 fps and you can actually make out some of the things on the screen. They completely overhauled the user interface, thankfully, so it’s almost pleasant to interact with your inventory. Almost.

It’s still Demon’s Souls, though. So, you know, git gud. No short runs to the boss fight in this game.

I never finished Demon’s Souls on the PS3. The slow frame rate drove me crazy, and I came to a point where I had a number of bosses to get past, and I ran out of healing items, and had to farm before I could proceed, which was a major hassle and I hated it, so I gave up on it.

So I’m not an expert on every square inch of Demon’s Souls like I am with many other Souls games. But this new version seems like a faithful reproduction to me. However there are a lot more crystal lizards than I remember, and a lot more shards in general in Stonefang Tunnels, so you’re showered with possibilities for upgrading your weapons fairly early. I don’t remember that at all from the PS3 version.

One of the cool things about the PS5 is that you can stream directly to Twitch while you’re playing, something I haven’t yet worked out an easy way to do with my PC setup. That means I can just push a button and stream gameplay live without commentary, while simultaneously recording high-quality local videos with commentary through OBS, to be uploaded to YouTube later.

I’ve always wished YouTube would support multiple audio channels so I can have one channel with commentary and one without, which is how I render my local video files, but I doubt they ever will. In the meantime, I can send the commentary-free PS5 video to Twitch.

Anyway, the tentative list of Sony exclusives I want to play includes:

Which is a list just barely long enough for me to justify buying a PS5 without feeling like a complete idiot.

2/1/2022: I realized there’s another change from the PS3 version: You can target lock the Armor Spider from a safe distance, making it very easy to kill with a bow (uh, spoiler alert, I guess). Previously, you had to free aim with the bow, which was more of a chore. Also I forgot to mention that most if not all of the dialog was re-recorded, and sometimes changed slightly.