I played seven indie games this past week. “Played” might be a strong word. More like “tried.” 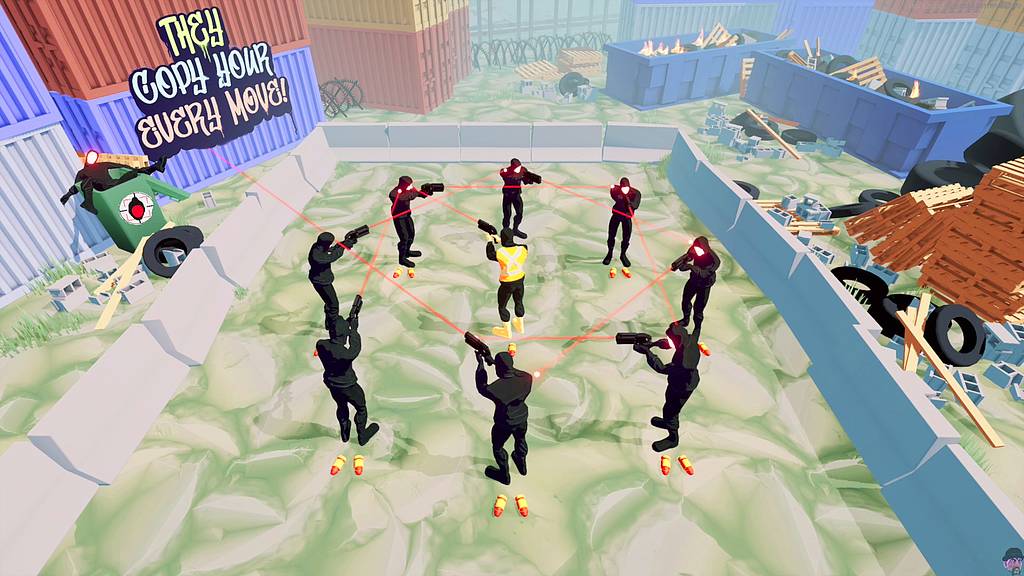 I played seven indie games this past week. “Played” might be a strong word. More like “tried.”

I don’t really have a plan for playing indie games, but I do have a need to distract myself during the week so I don’t play Demon’s Souls. (I’m trying not to touch a controller except on weekends.) I also have 50+ Epic Game Store games that I haven’t touched, many of which happen to be indie games. And I have about half a month left on my $1-for-3-months Xbox Game Pass subscription.

So I thought I’d try to make a record of indie games I’ve looked at since this #JustOnePercent challenge thing started. As a reminder, there is almost a 0% chance that I will be able to play 100 indie games in a year, because it actually is a significant time investment to find them. Or at least, to find games that are both free to try and sound interesting enough to try. (It’s easy enough to find indie games like Cactus Simulator or Nazi Anime Sex Robot Girlfriend Simulator Part 83.)

Anyway, here’s the list of indie games I’ve looked at since the #JustOnePercent challenge started up.

I went looking for the Indie games from the recent Humble choice bundle on other platforms.

Before We Leave (Xbox Game Pass for PC, 2/2/2022). A very competently made builder game, it’s just that I’ve played this kind of game before, and I didn’t see anything different in this one. It’s not better than RimWorld, for example, which would be my game of choice if I wanted to play this genre. (Also I’m not in the mood for this genre right now.)

Black Book: Prologue (Steam demo, 2/2/2022). I like the setting and the concept, but I don’t like the click-to-move execution, and I generally don’t connect with card games, so the card battle system is more of a punishment to me than a feature.

I found a convenient Steam list of most-recently released games tagged as “indie.”

The Flow Experience (Steam demo, 2/3/2022). Cool music, looks neat, but not really much of a game. More of an “exercise” than a game. Possibly good for rebuilding thumb strength with a controller though.

Lucky Me (Steam demo, 2/3/2022). It’s actually a neat puzzle concept that I can’t recall ever seeing before. It was fun for 15-20 minutes, but then it started to get a bit repetitive, which was perfect because that was the exact point that the demo ended.

Pangaroids. Top-down arcade game, not interested. Interestingly, made by a couple of people named Wozniak, which of course immediately reminded me of Steve Wozniak and I wondered if they’re related, but it’s probably a coincidence because surely there are a million people named Wozniak in the world.

Dreamscaper (Xbox Game Pass for PC, 2/3/2022). An okay mix of an adventure game and a rogue-like Diablo-style … thing. But too much arcade game for me, and it works best with controller and I don’t want to use a controller. Don’t care for the right-stick ranged aiming mechanic either.

I dug into my Epic Game Store backlog of free games for indies.

A Short Hike (Epic Game Store, 2/4/2022). Cute exploration game but the mouse/keyboard interface isn’t very good, making it difficult to control. Clearly made for controller usage, and I don’t want to use a controller.

AER: Memories of Old (Epic Game Store, 2/4/2022). Another cute exploration game with a cool flying mechanic, but this time the mouse/keyboard interface is really good because it’s a standard third-person camera viewpoint. However it wasn’t very clear where you were supposed to go in the game, and there wasn’t that much to look at otherwise.