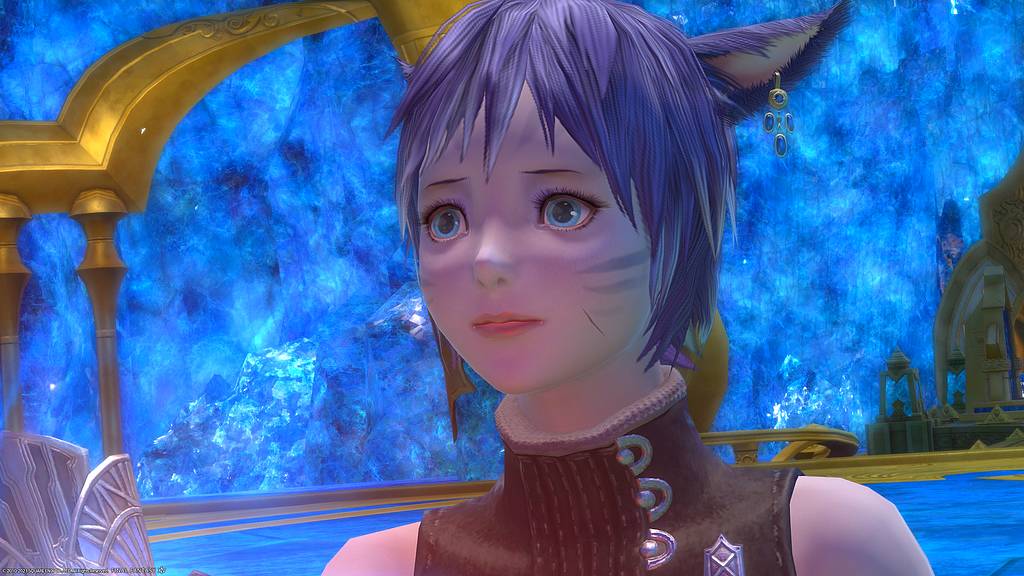 This time there are twelve quests to get through, which is a lot for a patch. And these are major, epic quests, too. This particular patch felt huge.

When I finished patch 5.2, not having seen any different, I had a theory that Endwalker would be all about fighting Elidipus. But that went out the window in a hurry with 5.3, because this one single patch was that. We dispatched Elidipus handily by the end, and we finally bore the Scions back to The Source.

So this patch felt like the official “end” of the Shadowbringers expansion story, and the beginning of the prologue for Endwalker.

Which, now, is likely to involve Zenos and this new Ascian in the body of everybody’s favorite kid, Ahasi. I recognized his sly grin and voice at the end of the last patch right away.

Plot twist! 2P turns against us! The whole dwarf village is destroyed by powerful explosions!

In modern Final Fantasy terms, that means everyone’s fine except a couple of tables were knocked over. They enshrined most everyone and everything in impervious plot armor after Heavensward.

In any case, it turns out 9S was our friend all along. Then 2B shows up out of thin air.

That likely means little unless you’ve played Nier: Automata, of which I hadn’t played more than a couple hours by the time I entered this raid. In short, they’re androids.

Anyway there’s a new Alliance Raid, The Puppet’s Bunker, which is considerably harder than The Copied Factory. But I managed to get most of the gear drops from only two runs. The music in these Alliance Raids continues to be amazing.

There’s more trials, presumably, in the Werleht questline, but I didn’t feel like I needed to continue that. I don’t care that much about Gaius or his adventures, to be honest.