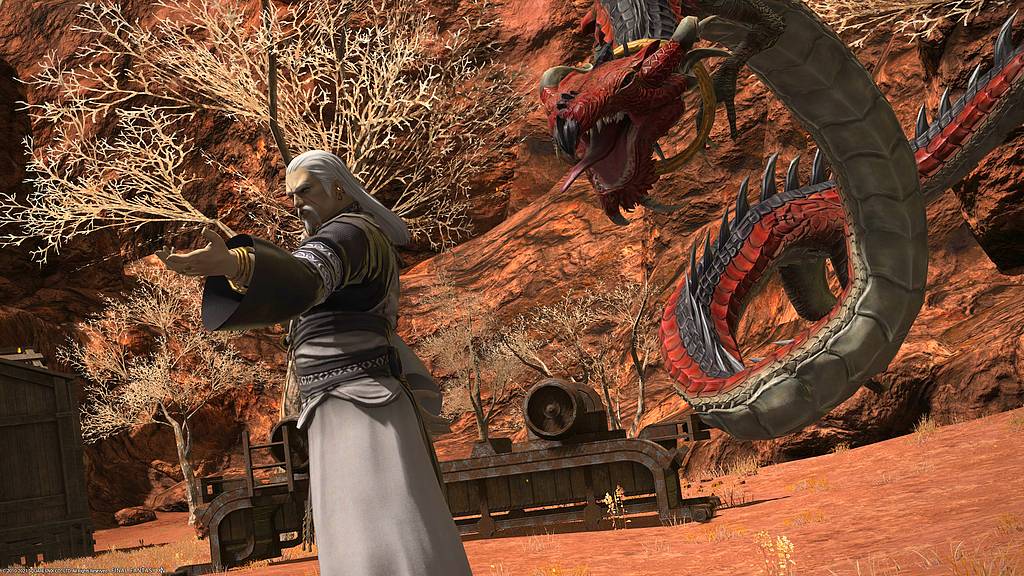 I reached The Oracle of Light in Final Fantasy XIV Shadowbringers last night, and all the dramatic story developments therein. I have a number of criticisms about that bit of story but that’s not the point of this post.

Here I want to talk about the dreaded character switcheroo mechanic that MMORPGs sometimes do. Right before we got to The Oracle of Light, a wild boss fight appeared. In this boss fight, you took control of a different character, Thancred, one of the Scions. It made perfect sense, narratively speaking.

But I hated it.

I’ve never liked it when MMORPGs do this. Mechanically speaking, they throw out the hotbars that you’ve gotten used to over the years, and substitute in a totally new one with brand new skills and abilities to learn in a few seconds. I’ve seen this in LotRO, and I think they may have done this in the Guild Wars 2 Living Story once or twice. It’s actually possible I’ve ranted about this subject before, in which case this post would be redundant, and I would feel shame.

To LotRO’s credit, it was always easy when they threw you into these new situations. I remember it being a case of just pressing a key over and over again and it was virtually an automatic win. I don’t remember what it was like in GW2, but I can’t imagine they’d ever give you an automatic win in that game, the one I affectionately think of as the Dark Souls of MMORPGs.

It certainly wasn’t an automatic win in this FFXIV fight last night. I died three times I think. Each time you retry the instance, it conveniently asks if you want to play it on “Easy” or “Very Easy” difficulty, which would be awesome if it actually was easy and very easy. I just skipped right to “Very Easy” because this was supposed to be a story moment, not a game skill challenge moment. And then I died again. And once more after that. Each time it was basically because I failed to instantenously grasp the game mechanics that they wanted me to know. In the end it was really easy … as long as you understand what to do in the moments where you need to do something. Anyone who’s adept at reading instructions that pop up on the screen for a few nanoseconds while you’re in the middle of a fight with flashing lights and telegraphs to dodge everywhere should have no trouble.

Anyway, I would have greatly preferred it if this had been a cut scene instead of a boss fight. It certainly would have had a lot more story impact, because I was so annoyed by the boss fight that what should have been an dramatic and emotional moment in the story was completely undermined and I couldn’t connect with it at all.

This is the second game mechanic that has really annoyed me in Shadowbringers, a feeling I don’t remember experiencing in any previous FFXIV expansion.

In conclusion, I wish MMORPGs would stop doing this. This is not a positive direction that Final Fantasy XIV is going. At least take a cue from LotRO and make these situations so easy that it’s impossible to fail them. Not figuratively impossible, but literally impossible. The story is the important part in the Main Scenario Quest. Leave the skill challenges in the raids.

P.S. Something else I hate about boss fights in Final Fantasy XIV is that they always throw tons and tons of character dialog at you in the middle of these fights, and they’re never on the screen long enough to read, so you have to scramble to open your chat log (because I never have a chat window open in any MMORPG anymore), and then you inevitably get stuck there chat locked typing “esdfsdesefseeseeefs” to nobody, and you can’t move in the boss fight for an impossibly long time so you get hit by the worst AOEs, then you get killed and get even madder at the game. That was my first death in a nutshell.