I ran into a problem with Final Fantasy XIV and I thought I’d share the solution I came up with, because you certainly won’t find it anywhere on Reddit. 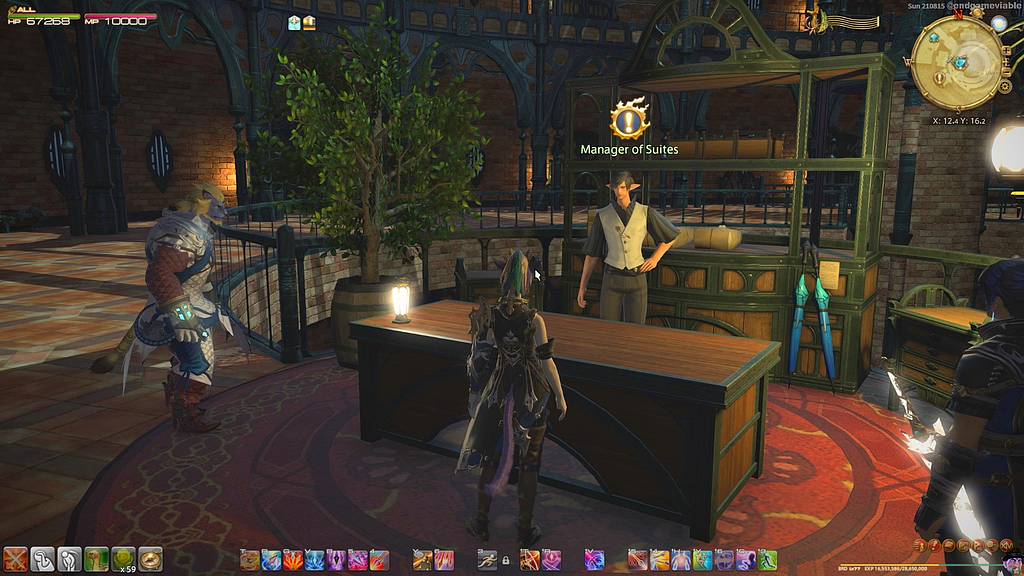 I ran into a problem with Final Fantasy XIV and I thought I’d share the solution I came up with, because you certainly won’t find it anywhere on Reddit.

Final Fantasy XIV has a very annoying quirk where you can’t abandon a Main Scenario Quest. You can abandon side quests, but not the main ones. The button just isn’t there.

But: If you’re still in the introductory dialog pages and haven’t yet reached the “Quest Accepted” splash page, you can abandon the quest by shutting down the game. Alt-tab out of the game, end the FFXIV game task by whatever means necessary, and log back in. It worked for me.

If you’ve already gotten past the Quest Accepted point, it’s probably too late. I know of no other way to abandon a Main Scenario Quest. Sorry about that. You’ll have to create a new character and progress all the way back to the point before the quest you want to abandon, which is not really a solution at all.

Reddit will tell you that you never need to abandon a Main Scenario Quest, which is silly. Enthusiasts far and wide will rush to help by explaining that you can re-watch any cut scenes you miss in the Neverending Story book in your inn, which is a fair point, but entirely unhelpful in my specific situation.

Here’s what happened to me: I had just finished level 75 Main Scenario Quest “Out Of The Woods,” which is the one where you leave the Tree Village of the Bunny People and return to the Crystarium. The quest deposits you in your inn room for a soliloquy from The Ghost of the Warrior of Darkness, and when it’s over you’re left standing next to the Innkeeper NPC, who has the next quest.

I observed that my inventory was almost full, so I resigned myself to the gaming chore that I hate so much: Inventory management. For me, currently, in FFXIV, that means throwing any old Bard gear into the Glamour Wardrobe, and selling any non-Bard gear to my Main Company provisioner for Company Seals, because at this point in my lifecycle of Playing An Aging MMORPG, there’s just no way I’m going to have the time or energy to level more than one main job ever again.

At this particular moment, I had picked up six non-Bard gear pieces from the Qatana Ravel, the trust dungeon I had just completed a couple quests ago. So, mentally grumbling to myself about wasting my time on inventory management instead of playing the game, I clicked on the Innkeeper NPC who was right there to go to my inn to throw some stuff into the Wardrobe.

Perhaps you can guess what happened.

Perhaps experienced FFXIV players are familiar with the automatic muscle memory reaction that occurs when you click through all the annoying confirmation dialogs that FFXIV loves to throw at you. Well, I did that, because there’s always an “Are you sure you want to enter your inn?” confirmation dialog. Except there wasn’t in this precise moment, because instead, the innkeeper was talking to me and telling me … something … something I might otherwise never know, because I clicked the mouse button automatically on what I thought would be an innkeeper confirmation dialog and immediately advanced to the next pane of dialog.

By this point I realized what I’d done and mentally shrieked in alarm, because this ruined everything. Like I did with Stormblood, I’m recording my entire Shadowbringers playthrough for posterity, but I wasn’t recording yet, because I was just going to do some inventory management. The Neverending Story book is a nice touch and I’m glad it’s there, but it leaves out a lot of little story details, and is mainly just to re-watch “the good parts.”

So I knew I needed to cancel out of this quest to start it again, so I could get that first pane of dialog on a video (and also read what it said because I missed it). But how? I don’t remember exactly what I tried to do next, but it involved another mouse button click somewhere, which advanced ahead again to the next dialog pane. I think I was trying to right-click somewhere to see if I could find a context menu to cancel out of the quest. So that was two whole pieces of dialog I missed by this point. An absolute train wreck for my otherwise flawless recording of every word of every quest before then.

My first thought was to simply hit ALT-F4 and exit the game. But whoops. That doesn’t work. FFXIV apparently disables that.

So I had to ALT-TAB out and end the game the hard way. There’s about a hundred different ways to do that in Windows, but I just right-clicked on the taskbar icon and closed it. FFXIV asked me if I really wanted to exit the game, which dismayed me, because it would give the game ample time to save my location in this quest, but I said yes, and the game exited.

I logged back in to find that I was standing back in front of the Innkeeper NPC, who had returned to being a Questgiver NPC, and I had successfully abandoned the quest I didn’t want to start yet. My perfect record of recording every word of every Main Scenario Quest in Shadowbringers would remain intact! And really, that’s the only thing that’s important, after all.

The vitally important lines of dialog that I would have missed, by the way, were: “Ah, I suspected that you might be awake. I could scarce imagine you sleeping through such a commotion. An entire host of sin eaters appears to be advancing upon the Crystarium. Emergency measures are being taken as we speak.” Pretty important story context to miss!

Anyway, if you’re some kind of weirdo who’s not trying to record videos of every game you play, you can find most of the quest text for Final Fantasy XIV out there on the Internet somewhere. I read a complete transcription of most of the end of Stormblood in a wiki, the parts that I skipped over with a potion. One has to assume it was data-mined from a file somewhere, and not painstakingly typed up by someone.

You can also get a decent enough summary of what’s happening by reading the journal (for major story points, at least). In this case the salient point of “we’re under attack everyone’s going to die if you don’t do something” was in the journal, if you need more MMORPG motivation than just “sprint to the place on the map and click the shiny thing as fast as possible.”