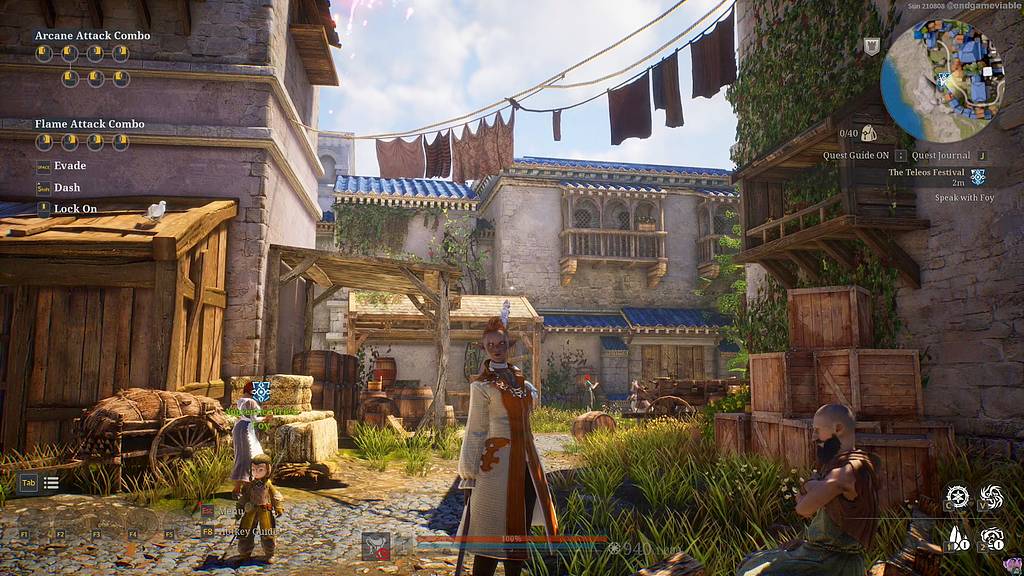 Don’t get me wrong. It’s fine. Average, if you will. If you’ve already played the four or five established, time-tested MMORPGs out there and really, really need a sixth or seventh one to fit into your daily schedule, it’s fine. But I don’t see it making anyone’s top five list anytime soon.

It’s certainly not going to make it into my top-one game slot. I typically play one game at a time, until I’m finished with it or I abandon it, and there’s at least three other games on my hard drive that are more compelling than Bless Unleashed right now (those being: FFXIII, FFXIV, and A Plague Tale).

But after Bhagpuss gave it such a glowing review, I feel kind of bad about uninstalling it after a half hour, so I might try it again.

On the plus side, it’s far better than Bless Online was, in one sense at least: You can actually understand how to play it. You no longer need to stare at the nonsensical UI for a half hour to figure out how to even equip a single spell. Now, you just click the left mouse button to pew pew things. So that’s a big improvement.

It lost points on my mental scale in its first half-hour because 1) It crashed when I clicked the right mouse button to go back during character creation. 2) There were no “randomize” buttons in character creation, an extremely groan-worthy problem in games for me. It’s such a chore to go through complex character creation in games, and it never matters in the end, especially since you don’t even know if you’re going to like the game, so why waste even a millisecond on character creation at the very start of a new game. It makes no sense to me.

Anyway, I meant to play Bless again last night. I logged in, looked at the bland screen for a minute, then logged out and played both Final Fantasy XIII and XIV instead. It’s just … bland. Like corn flakes. There’s your game summary. Bless Unleashed: It’s the corn flakes of MMORPGs.

There’s something about the way Bless looks that doesn’t gel with me, and it’s the same thing I see in Black Desert Online. It just doesn’t look right. Like they’ve messed up the 3D rendering somehow. There’s a tendency in Asian import games to crank up the brightness and decrease the contrast, so all the faces are washed out blobs and the shadows are light gray, and everything looks like a flat Photoshopped photograph instead of like a real 3D environment. There’s also a tendency in games now to throw in tons of chromatic aberrations at the edges of the screen as you might get from a camera lens, and it’s very alienating to me. Combined with the fact that there’s nothing particularly interesting happening in the scenes, they make it really easy for me to log off and do something else.

UPDATE: I think the unpleasant look might be a result of a general volumetric fog effect. Everything looks like you’re standing near a wildfire, or in a fog bank, or in the middle of a cloud. It makes everything in the middle and far distance look flat and gross. (I made this realization driving back from the store today when I noticed that, because it’s a hot, hazy day today, the real world looks kind of like an Asian import game.)