Not playing many games because I’m too busy making game videos. 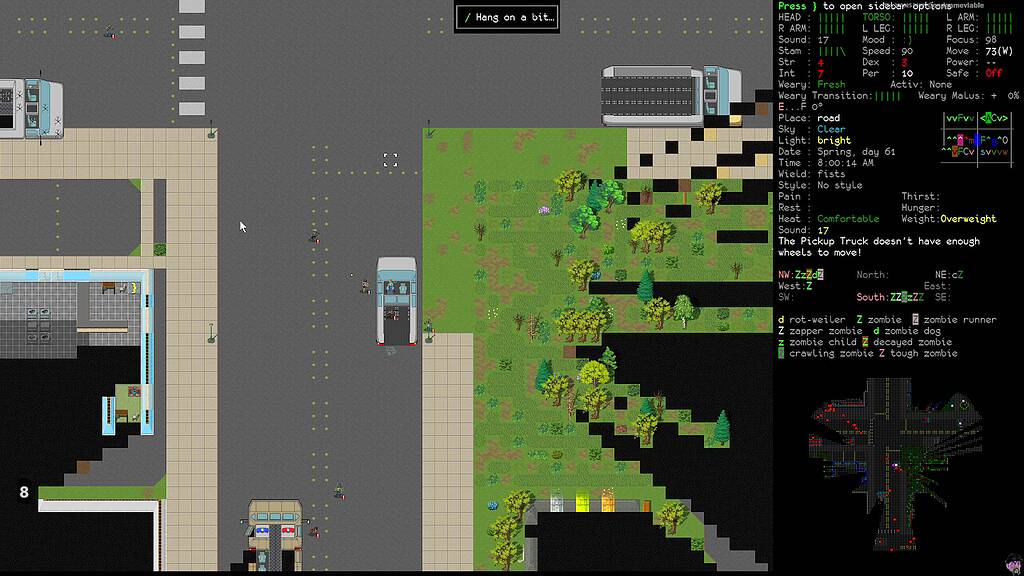 Not playing many games because I’m too busy making game videos.

I don’t need any statistics or to wait until the end of the year to know that the game that I played most in 2022 was Elden Ring, hands down, no contest. If there was a pie chart for the year, Elden Ring would occupy 90% of the pie chart, while the rest would be little slivers labeled “various other forgotten games.”

But I haven’t played much of anything since I ran out of steam with Elden Ring, which was around June. I’ve flirted a little bit with RimWorld and Dwarf Fortress and, most often lately, Cataclysm DDA, an open source (!?!) survival game, but I’m really just killing time until I find The Next Big Thing.

Not only did I exhaust myself playing Elden Ring, but I also burned out on recording games, too. I haven’t been in much of a mood to record too many videos while my automated scripts continue to chug away at uploading Elden Ring videos to my channel.

It turns out that when you produce a 250-part series, it feels like you’ve completed everything you could ever possibly accomplish with that type of game video, your Magnum Opus is complete, and it’s time to just retire. (Perfect timing too as my channel is starting to gather some momentum. Oops.)

Having said that, I mentioned a tweet last time about making some new videos, which is currently top of mind.

I really only have the energy for one artistic endeavor or leisure activity at a time, so instead of playing games, I’ve mostly been taking the handful of Cataclysm DDA videos I’ve recorded and adding layers of music and sound effects to them. Cataclysm DDA, by default, doesn’t have any sound or music. It’s just a silent movie of ASCII-style art. (Replaced with a graphical tileset because come on. ASCII?? Who does that?)

This may or may not be common knowledge, but the soundscape of a game is roughly 80% of what makes a game good or not. And that goes double for game videos. A game video with no game sounds is not exactly compelling, and no amount of witty repoirté can fix that. (Especially since I, at least, primarily only listen to game videos, and rarely watch them.) I know this from experience, having flubbed up numerous times in my early days of recording and failed to record sound from time to time.

Cataclysm DDA, it turns out, is a game that’s fairly good at generating stories. Short stories, even. Short, tense stories where death is almost always the outcome, it turns out. So I thought to myself, well, these are some game videos with some mildly interesting stories in them, the kind of videos I like to put on my channel, but I can’t ever upload them unless I layer in some sounds.

So I set about becoming an amateur sound designer, using REAPER as my primary editing tool. (It also has rudimentary video editing capabilities, enough for my purposes at least.)

I think I might try to upload them during the Halloween season, because they’re somewhat spooky-scary, being filled with zombies and whatnot.

Note: I only learned later that you can download sound packs for Cataclysm DDA, which adds sound effects to the game as you’re playing. That would have saved me a ton of time.

Incidentally, the recent Humble Bundle of game sound effects and music has been crucial in making these videos, so if you have the slightest interest in such things, grab those bundles before they run out in three days. It’s an incredible value. (Also an incredible pain to download.)