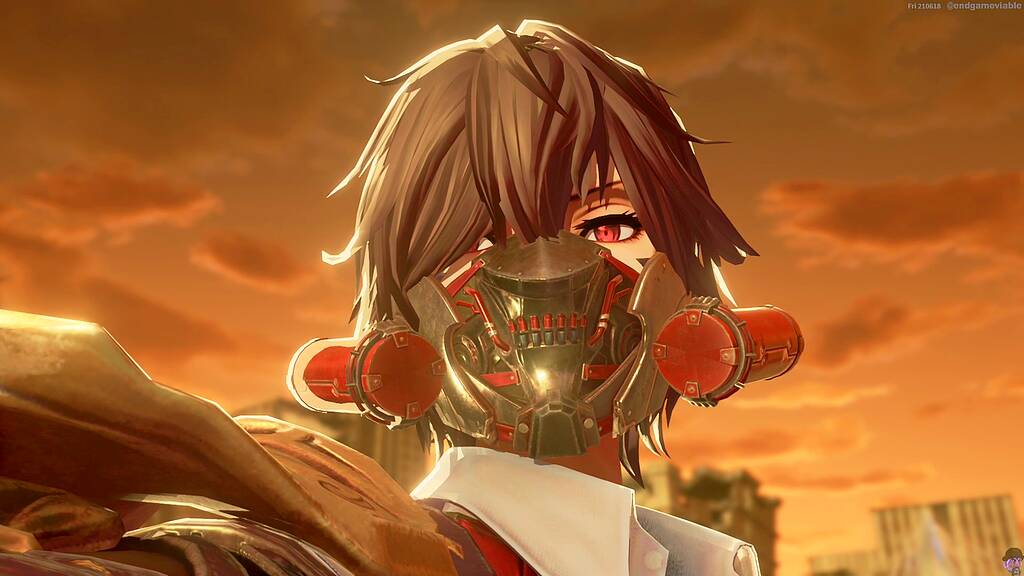 Editor’s Note: With time running out before bed tonight and zero desire to write something new for Blaugust, I was very pleased to stumble over this mostly-finished, never-before-seen draft.

I first played a demo of Code Vein on the PS4, and liked it well enough to make a mental note to buy it for PC someday in a sale. That day was earlier this year.

Code Vein is a Souls-like game, except it’s missing most of the things that make Souls combat satisfying. Instead, they went with random button-mashing nonsense combat, and a “blood code” system that is largely unnecessary.

In the first half of the game, it’s not a detriment. In the beginning, the game iss quite fun, actually. The story and game world is fairly interesting and the art style is cool.

The second half of the game, unfortunately, is mostly a repetitious grind through forgettable areas and annoying boss fights.

By the second half of the game, it’s obvious that every zone is the same: You find your way through a maze of hallways, fighting enemies along the way, until you get to the boss at the end. The only difference is the color scheme. Even the enemies are mostly the same throughout the game. It’s so dull and lifeless it might as well have been procedurally generated.

The story also falls off a cliff and loses most of its appeal around the halfway point.

Toward the end, the boss fights are of a kind where luck is a pretty big factor in getting through them. You’d think that having an AI companion would make them easier, but it doesn’t.

You’re expected to grind a lot and unlock armor and skills and weapons and try all kinds of combinations to find the magic bullets, but I reject such methodologies and use only my wits in these kinds of games, which makes Code Vein ridiculously hard and annoying by the end.

If the grinding were fun, maybe I would have done that, but it’s not, so I didn’t.