In the dream, I encountered a fellow standing by the road with a tadpole for a head. I asked him, “How do we know what is art and what isn’t?” 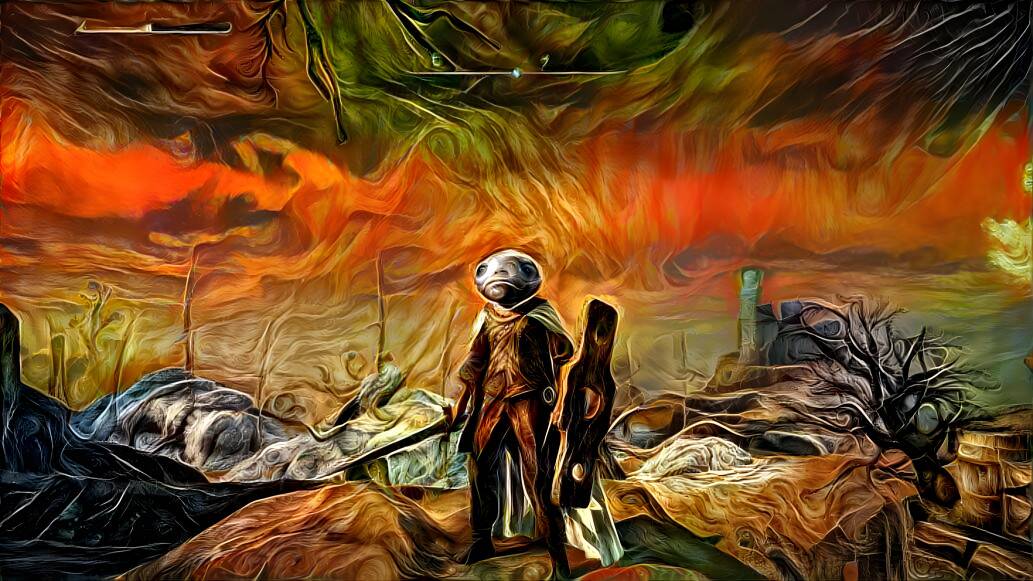 In the dream, I encountered a fellow standing by the road with a tadpole for a head. I asked him, “How do we know what is art and what isn’t?”

The fellow chuckled. “This is an easy one, mate: Art is creation. Anything that’s created is art, get it?”

“You think a photograph can’t be art because someone pressed a button and captured some light? You don’t think anything was created?”

“What about human life? Or galaxies, or The Big Bang?”

The fellow blinked his large fishy eyes. “Okay, mate: Art is whatever makes us happy. Like a clever joke.”

“That can’t be right. Sometimes I read a book or watch a movie that makes me sad, and those are definitely art. And suppose the joke is hurtful. Surely that can’t be art.”

“Look, mate, I have to go. The bottom line is there’s no arbiter of art out there, deciding what is and isn’t art, it’s up to every individual to figure out what sparks their imagination, to decide what they like and don’t like.”

I called after the fellow as he started down the road. “Then what?”

The fellow didn’t turn as he shouted back jovially, “Then you make damn sure nobody else is allowed to have anything you don’t like!”

what is an art pic.twitter.com/0jBZhz0ykB

I’ve done some editing of the prompt question. :) Incidentally, if it isn’t clear by now, these posts, for me, are an exercise in brevity, dialog attribution, and characterization through word choice. Actually answering the prompt questions is somewhat irrelevant. Image source: This is a screenshot from my randomized Elden Ring playthrough. Deep Dream Generator did particularly well with Elden Ring screenshots.