In the dream I wandered into a vaccination facility. I stopped the first person I saw and whispered, “When is okay to give up on a bit?” 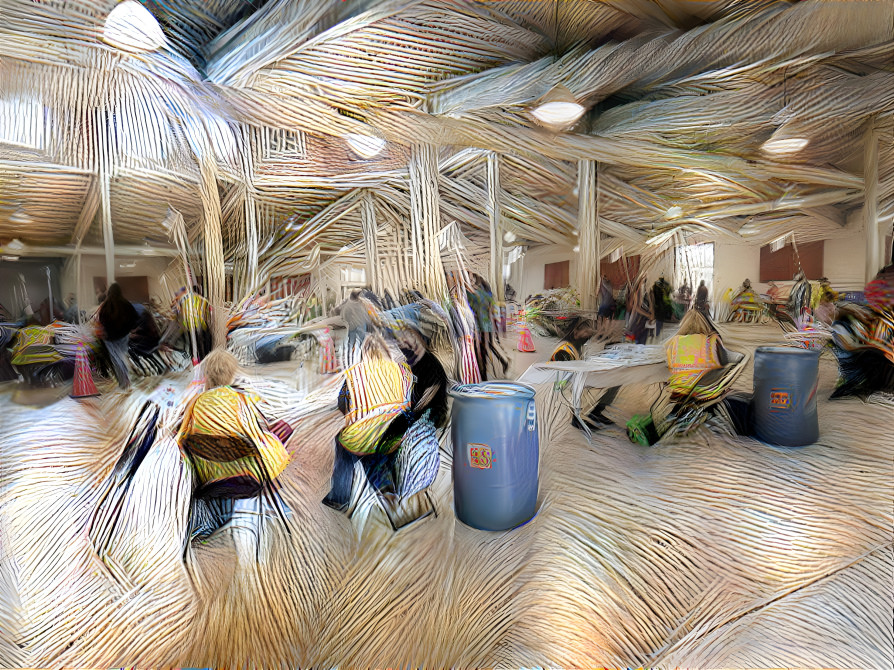 In the dream I wandered into a vaccination facility. I stopped the first person I saw and whispered, “When is okay to give up on a bit?”

Everyone turned to look. The buzz and din of the room silenced. Somewhere, a wolf bayed.

I grimaced. “It’s just that it’s been almost a week now and I feel like this bit has exhausted itself. It’s harder to dream on weekends, too, have you noticed? I didn’t even want to go to sleep at all, really. I was busy doing other things, watching a Netflix documentary about Three Mile Island, actually. But I had this nagging feeling I was supposed to enter this dream again.”

One of the people standing in line asked, “What’s Three Mile Island?” He looked like he was in his twenties.

“It’s a nuclear power plant in Pennsylvania. There was an accident there in 1979. Made a lot of headlines at the time. I don’t know if anyone really remembers it. Chernobyl took up all the nuclear disaster oxygen about seven years later. Even Fukushima didn’t supplant it.”

“It’s okay. One of the ones that does dramatic recreations with bad actors. Except in this case, every dramatic scene is someone looking up into the middle distance when they hear an alarm or a siren. Most people might, you know, run when they hear an alarm, but not these people. They just stare at the alarm for what seems like hours while the camera registers the angst and indecision on their face.

“The documentary I saw earlier on Woodstock ‘99 was much better. Lots of human animalism. Like an average day on social media before there was social media.”

“So whatever happened to philosophy?”

“I didn’t get any good questions today, even though I rolled twice. I think I’m going to try a different web site.”

Image source: That’s a picture I took of the National Guard-organized vaccination center I went to in 2021. Mixed with string, like you do.