Herein I will attempt to summarize the main story of Final Fantasy XV, so that I remember how insane it was, years from now. 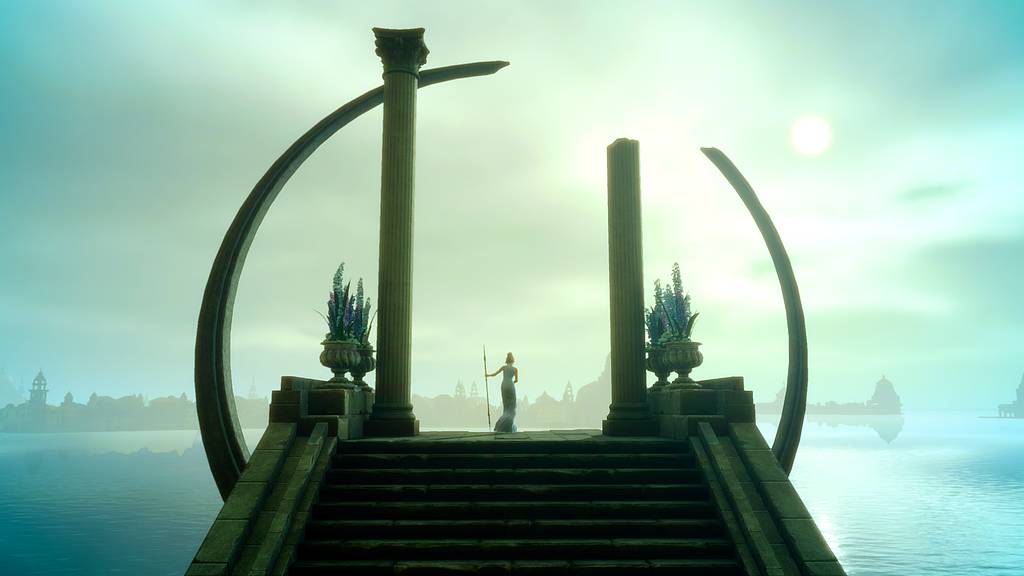 Herein I will attempt to summarize the main story of Final Fantasy XV, so that I remember how insane it was, years from now.

Hey neat, I found another mostly-finished draft post for Blaugust, and this time I had a picture, too.

Prince Noctis is sent from the capital city of Insomnia by his father, The King, to wed Lady Lunafreya, The Oracle. Noctis and Luna haven’t seen each other since they were kids, but somehow they have that fairy tale bond of being soul mates, or something. It’s all predestined and preordained and all that.

Shortly after this road trip in a classic car begins, The Empire attacks and destroys Insomnia (offscreen, in a cut scene with no sound effects), and The King dies. A heretofore-unmentioned Crystal is stolen by The Empire. The wedding is off. The King probably knew it was going to happen, though it’s not really clear how or why.

Prince Noctis makes his way to Altissa to meet/rescue Lunafreya, who is hiding/waiting/working/imprisoned there. The details of this are extremely unclear. There’s a lot of driving involved, and fighting random Empire troops that drop from flying ships, and finding weapons in ancient tombs. There’s also a fist fight with Titan, which is physically impossible, because Titan is a thousand feet tall, and Noctis isn’t. But Noctis wins anyway, which is Important, for reasons.

In Altissa, Lunafreya is calling Leviathan, a very large beast/diety, in order to establish A Covenant, so the gods will help the people, maybe. She’s an Oracle, so she can do that, apparently. It’s not entirely clear why the people need help from the gods at this particular time.

Luna’s also the only person who can annoint The New King, so she’s supposed to bestow The Ring to Prince Noctis. I don’t know why she has The Ring. It seems like The Old King should have had it. Maybe she had The Spare Ring. Or maybe a Different Oracle bestowed a Different Ring to The Old King.

Anyway, Ardyn, the Chancellor of the Empire, an immortal demon or something who pops in and out of the story at will, shows up and stabs Lunafreya. I don’t know why. Anyway it’s a shocking twist and very dramatic.

But Prince Noctis defeats Leviathan anyway with Magic Powers, The Covenant with Leviathan is completed, and Lunafreya bestows The Ring to Prince Noctis before she dies. Oh, and Ignis, one of his retinue, loses his eyesight.

Prince Noctis mopes around for a bit because Lady Lunafreya is dead and he never really got a chance to talk to her and they were soul mates or something. But one of his retinue yells at him to get it together, so then he puts on The Ring and accepts his role as The New King, because that’s how easy it is to snap out of a depression apparently.

The Prince And Friends take a train back to the capital, and on the way they’re attacked by demons and the land is plunged into eternal night and Ardyn shows up and Shiva tells them stories and they wreck their car and other stuff that doesn’t make any sense whatsoever, but it looks kind of cool.

Also, Prompto is kidnapped by Ardyn and taken to the capital. I don’t know why. Ardyn just appears and does stuff for no apparent reason throughout the story, as previously mentioned. He’s voiced by Darin Du Paul, though, so it’s fine.

The Prince and friends rescue Prompto, and we learn the shocking twist reveal that Prompto has been an Empire Magitek Robot all along. Or something like that. I didn’t really understand it at all. But it was definitely a shocking twist that nobody saw coming. That’s the important part. But Noctis and friends say it’s okay that Prompto is a robot and they accept him anyway and The Power Of Friendship, Bros Forever, yadda, yadda, yadda.

Anyway, Prince Noctis and Friends fight their way to The Crystal. On the way, they kill The Emperor, who is a demon, or something. We’ve barely seen or heard anything about The Emperor before. He just kind of shows up and turns into a demon, then he’s dead and gone.

Instead of taking the Crystal, Prince Noctis is absorbed into The Crystal, part of a shockingly surprising trap set by Ardyn, or something. Noctis talks to Bahamut. Ten years pass in the void. I don’t know why. It made no sense whatsoever. Anyway The Prince returns, but now he has longer hair and a little beard, so he’s old in Japanese culture apparently. It’s still eternal night and demons roam the land. Well, Final Fantasy demons, which are mostly adorable.

Anyway, the band gets back together and Prince Noctis And Friends go back to Insomnia, the capital, to reclaim the throne and save the world. They fight various demons, then they fight Cerberus, then they fight Ifrit, then they fight three other bosses and yay the power of friendship or whatever, then Noctis fights Ardyn and wins back the throne. Dawn finally returns to The Land.

But it’s still not over because Noctis has to make the ultimate sacrifice and absorb the power of all the old kings (including his own father) to finally defeat Ardyn once and for all (out in space, or something), which I think kills him, but I’m not really sure, because he and Lunafreya sit togther on the throne again at the end, even though they’re both dead maybe, so it might be a dream, or heaven, or maybe real, or maybe it’s all a metaphor or something, and then a cover of Stand By Me plays over the credits, and I honestly have no idea what any of it means because none of it makes any sense because I’m almost positive it was completely mistranslated.

Anyway there are some great moments and scenes in the game, the music and imagery is pretty awesome, but the connective tissue between the moments is completely missing so there’s almost no context for anything. It all just sort of washes over you like a fever dream.