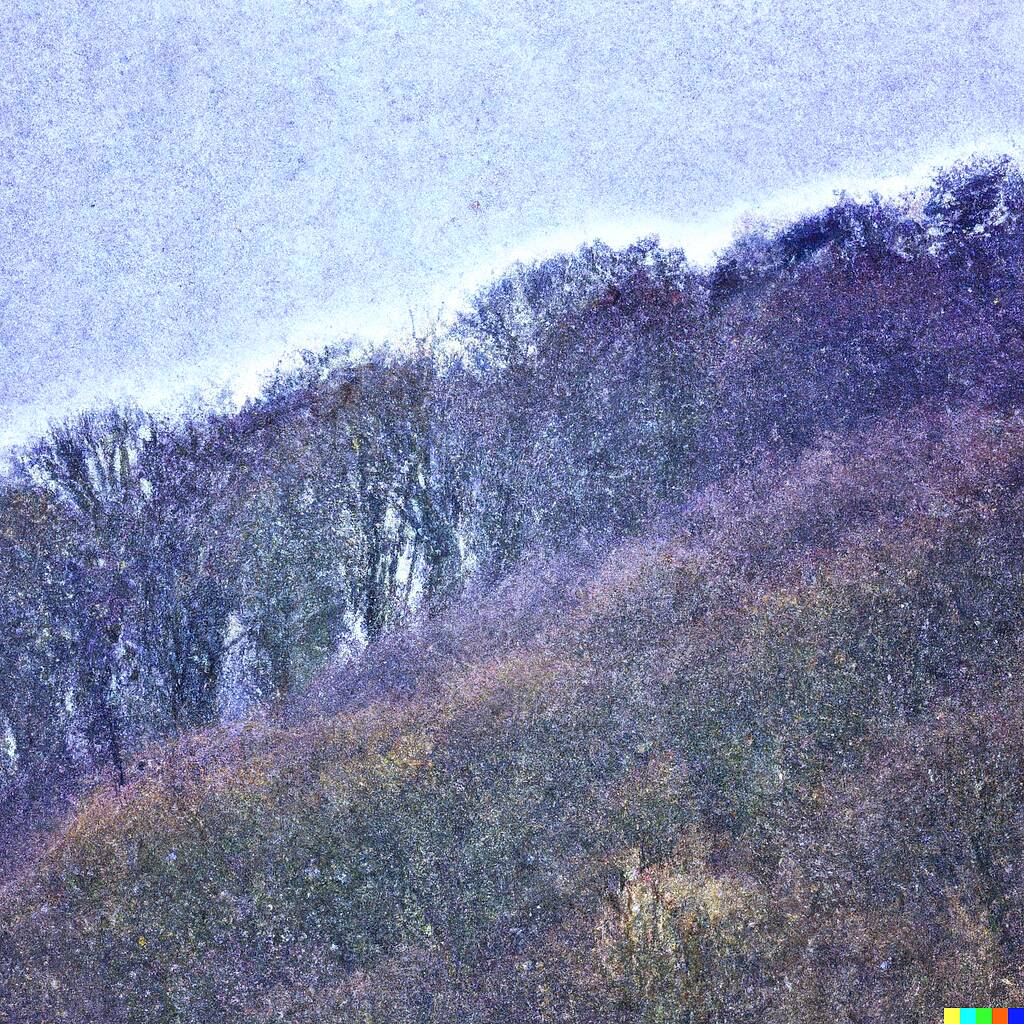 The dwarves embarked in the Summer of 253, later than usual. (That’s because when you retire a fortress, you begin the next fortress in that world a few days later, regardless of when you retired.)

Mistakes were made. The main one being that I embarked on the first place it put me without doing any surveying of the land to see if it was suitable. I expected that the game would crash, because it had been doing so a lot when I embarked, apparently a side effect of TWBT being enabled at the start in the Lazy Newb Pack. I intended to test that theory, let the game crash, then disable the option, and try again.

But it didn’t crash, so the dwarves embarked in a completely random, unknown location, on the side of a fairly steep, wooded hill.

So the dwarves made the best of it, picking a raised hillock that looked like it would make a naturally defensible position to build around. There were trees, plants, some pools of water for the horse and camel the dwarves brought with them. It didn’t seem so bad after all.

But it was hard digging, because there was no topsoil. No place to farm those delicious plump helmets (mushrooms the dwarves like).

Come Autumn it started to snow and the pond froze, which did not bode well for the Winter to come. It turns out, when I inadvertantly started in a random location, I started in a cold location. (The location also did not have any metals, I learned later when I re-examined the video showing where I’d started.)

The Winter of 253 was indeed harsh, as food became scarce. Caverns were found, so they had a new source of water, but the poor dwarves had to scurry around like animals searching for rodents to survive. They ended up having to butcher one of their own animals, a camel, which someone perplexingly brought with them on the expedition to the frozen mountains.

The Spring of 254 saw the first combat encounter of the expedition. A pair of troglodytes snuck into the middle of the fortress from the caverns below, and two dwarves were killed before the pests were dispatched.

The dwarves determined to train their military to better defend themselves. Dôbar, the expedition leader, proved her martial mettle by leading a charge against an encroaching Giant Mole, earning her the nickname “Molebane.”

Despite occasional creatures to dispatch, the caverns otherwise proved a huge boon to the dwarves because they were able to farm a plot of land on the fungus-covered floor to create a new source of food. The caverns also became the barracks and training grounds for the growing military squads.

But in the Spring of 255, the dwarven military suffered its biggest loss when “Molebane” Dôbar was killed in a fight with both a Giant Cave Spider and a Troll from the caverns. Three other fighting dwarves died in the battle, bringing the total losses for the Otinstinthäd expedition up to six dwarves in the first two years.

A new expedition leader, Datan, took over for Molebane. The dwarves wisely chose to leave him out of the military so he could concentrate on operations.

After the Cave Spider Massacre of ‘55, things settled into a routine through the Spring of 256. But soon the stress of leading the expedition began to get to Datan, and he was often seen grumbling and unhappy. Larger quarters, offices, and even a few temples were built to try to help his mood.

The Summer of 256 saw the start of the fourth year of the expedition to Otinstinthäd.

In the Spring, the Forgotten Beast Shedim Ugoshsherik came, a gigantic eyeless scorpion crawling out of the dark reaches of the caverns. The dwarves had sealed off the distant reaches of the caverns, so the giant scorpion had to satisfy its appetite for destruction by hunting draltha, who scattered before it.

All but one. Istbarnoram, a brave draltha stood before the beast and slew it, unknowingly securing the fortress from any harm.

And on that note I retired the fortress, because it’s too much of a time sink to play Dwarf Fortress.