Here’s something I didn’t expect to be writing about today. 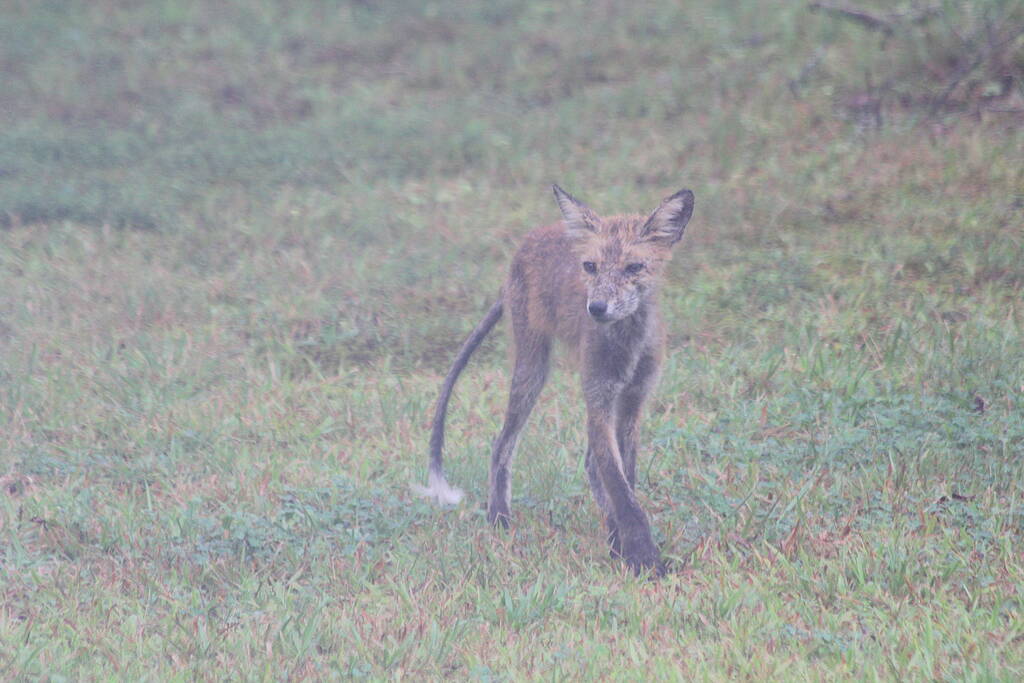 Here’s something I didn’t expect to be writing about today.

This morning I happened to look outside in the front yard and saw an … animal … by the road at the corner of the property. I stared at it for quite a while, not recognizing what it was. At first I thought it was a deer (a common sight), but the proportions were wrong, then I thought it was a stray dog, but a completely unrecognizable breed. I ran for the camera.

What the holy bejebus is THAT pic.twitter.com/LrV07rIpZj

When I got back and started taking pictures, it was walking up to yellow stray cat, who was flattened out in the front yard near the porch, a place he likes to hang out so he can watch the neighborhood.

It looked like a small, extremely emaciated or mangy dog of a breed that I couldn’t possibly fathom, but it walked purposefully and gracefully, not like it was sick. It had huge paws and a rat-like tail with a white tuft on the end. But it didn’t appear aggressive, it was approaching the cat more out curiosity. Then it sat down.

After snapping some pictures it finally dawned on me that my cat might be in danger, so I opened the front door, and the animal trotted away into the woods when it heard the noise.

After some Internet queries it seems this might have been a young coyote. I’ve never seen one before, and had no idea they lived anywhere on the East Coast, but apparently there have been increased sightings of them around my area this year. The more you know.