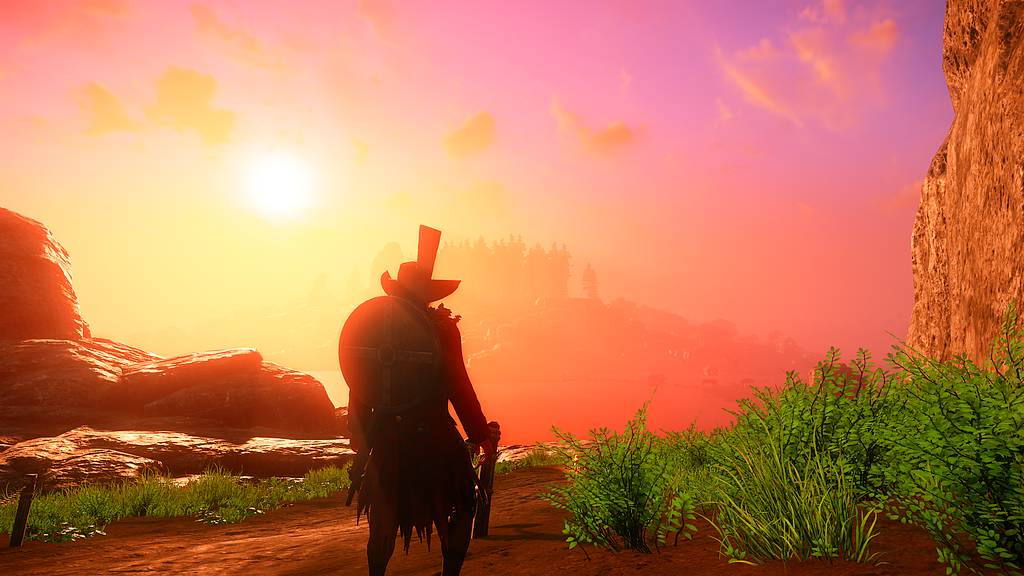 I don’t particularly feel like logging in any more. I’d rather spend my time replaying A Realm Reborn, or finding a new game, or watching YouTube, or writing blog posts, or just about anything else.

I somewhat enjoy gathering in MMORPGs, but I don’t enjoy competing for resources. I’m on a quest now where I have to find silver nodes and craft silver ingots to make this vitally important Azoth Staff.

Yes, a crafting quest is in the main story of New World. A long one, with lots of scavenger hunting. Lots and lots and lots of running back and forth, or else burning up your limited supply of azoth to fast travel. I’m not that much into crafting, or running.

Anyway, these silver nodes aren’t easy to find. I dare say they’re impossible to find without Googling where to find them, which I did. There’s a handy interactive map of where to find every single thing in New World already. (For which I’m grateful, because it’s definitely not fun to search for things.) Then, when you get to the nodes, the area is crawling with enemies and other players looking for the same scarce resource.

So just like that, it became “work” to play New World. It went from a game to a chore, and it became very, very easy to set it aside.

There’s a lot of a peer-pressure to keep playing, because, after all, everyone else is reporting having tons of fun, organizing new companies, setting up Discords and communities, finding amazing screenshots to take, etc.

So what’s wrong with me? Maybe I should push through this chore because apparently something great awaits on the other side?

It’s a game for a very particular kind of MMORPG player, the kind who likes to live in a game, who can just sit there all day every day, and doesn’t mind an open-ended time commitment.

That’s not me. I like to log into games, do things for a fixed amount of time, typically 30-45 minutes, then log out and get on with my day. (Coincidentally that’s about the maximum amount of time my back allows me to sit in a chair at a PC without a break.) Maybe I’ll play two or three 30-45 minute sessions if the game is really good, or maybe I won’t.

New World is also mainly for people who enjoy gathering and crafting and building, and watching numbers go up. Racing to make those numbers go up. “Collectors,” or “Achievers,” I think it was, in Bartle parlance.

That’s definitely not me. I enjoy gathering sometimes but I find that when I’m zoned out in games doing repetitive tasks, it’s either a sign that I’m avoiding something else in my life, or it’s a sign that I need to take a break from gaming entirely to recharge. It’s likely I’m playing just because it’s a habit, and not because it’s actually fun.

And there’s this: The combat in New World is terrible. There, I said it. It’s just bad. It’s always been bad, ever since the first alpha I played. It’s the worst action combat I’ve ever seen in an MMO. Maybe it’s all the lag. Maybe it’ll get better in a couple months.

But right now it’s so frustratingly imprecise, glitchy, random, laggy, and chaotic. I end up just doing strong attacks over and over again and hope I don’t take enough damage to require down time to heal.

New World does make me want to log into Elder Scrolls Online again, to remind myself what the last successfully-launched mainstream MMO looks like. ESO was somewhat of a train wreck at launch too, and it, too, turned into a chore within a month. But it’s still here, still charging us for every little thing, so there’s reason to hope for New World’s future success.

Oddly enough, when it first launched, ESO was supposed to be a PvP-only endgame, too. There used to be quite a focus on PvP in that game. Whatever happened to that? Oh I remember: Nobody actually played it, so they changed their focus. A wise decision on their part.

I’m sure I’ll continue to log into New World now and then (no subscription!), and I’ll be watching the patch notes to see if they start to work on adding something for me. Otherwise New World needs a couple more years to bake, just like ESO did.

The real question is: What happens if/when the streamers leave?