New World launched and I was there recording for the historical archives. 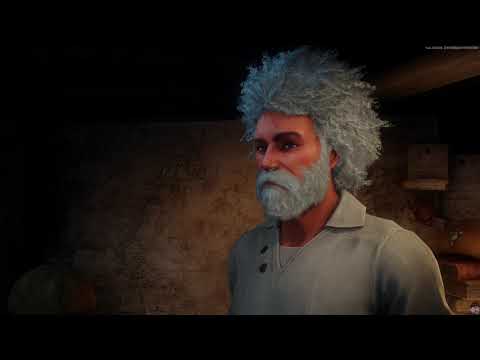 New World launched and I was there recording for the historical archives.

I wrote my first post about New World in 2016. Today, this morning, the game launched.

So if you’re keeping track at home, that means it takes a minimum of five years from announcement of MMORPG to published game.

I say “play” in quotes because the game was, of course, unplayable for all the lag and crowds and everything, so I soon logged back out. Also, I had work and stuff.

I recorded a video of the experience for posterity. The zero hour launch day experience is the part that seems to stick in everyone’s memory and goes on to become legend for some weird reason. “I was there when…” etc. etc.

There’s probably more bragging rights in saying you were there when Ultima Online launched, or when Asheron’s Call launched. Or whatever the ones before those were. Nobody’s going to care about New World’s launch day in twenty years. But still… just in case, I recorded it.

I was there when Ultima Online and Asheron’s Call launched, incidentally. Though I don’t really remember it. Back then, due to shipping delays and such, it was more of the “launch week” or even “launch month,” not necessarily the “launch exact second.”

I wasn’t there for EverQuest, but I played it a bit later, and then stopped playing almost immediately because it looked awful compared to UO and AC.

Anyway, those days are dead and gone and hardly even worth remembering. Today we’re talking about New World, until it, too, fades from public consciousness and the next new thing appears. In a week or so, probably.

In terms of the video, the entertaining part where I begin fighting the 10 seconds of lag in the Dark Souls of stupid easy tutorials begins around 13:07.

Come to think of it, Ultima Online was just as laggy around the banks back in 1997 as New World was in the tutorial combat just today. How far we’ve come in MMORPG technology, eh?

UPDATE: When I logged back in at noon, the lag had disappeared and the starting beach was inexplicably covered with corpses, like a World War II documentary. So, once you get past the queue (which, for me, is roughly an hour wait for a 40-person queue), the game is perfectly stable.