I simply have no choice but to rant about Nioh for some number of paragraphs. 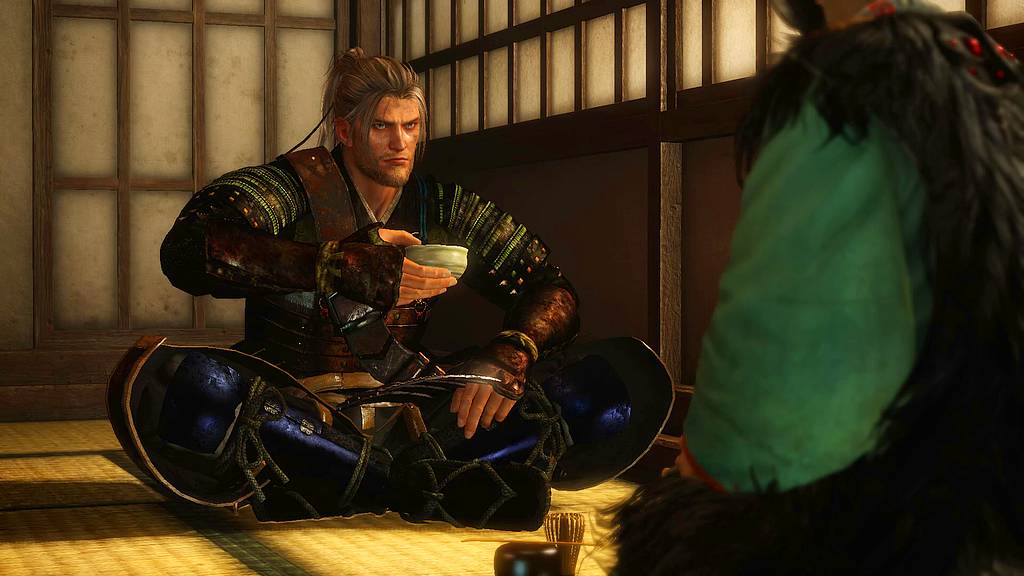 I simply have no choice but to rant about Nioh for some number of paragraphs.

I’ve been on a Souls-like gaming binge lately, having recently played through The Surge 1, The Surge 2, Code Vein, and now Nioh.

I had a lot or problems with Code Vein as a Souls-like, but that’s in the past now.

Currently I’m having even more problems with Nioh as a Souls-like. I’m finding it more of a repetitive grind-fest of patience-testing frustration than a Souls-like (more so than Code Vein, if you can believe it). I may or may not have already written a post about what makes a game a “true” Souls-like game, but herein I am going to enumerate why Nioh is closer to the “not” side of the Souls-like scale.

Nioh is essentially a series of solo dungeon runs, not terribly different from what you’d do in an MMORPG. You go on “missions” from a world map. In each mission, you go to an instanced place, then you run through the place killing trash mobs and unlocking shortcuts and picking up collectibles, then you fight a boss at the end of the place (which usually takes the majority of your time because it might take 50 tries). At the end you return to the world map for the next mission.

There’s some loose story surrounding these missions, explaining why you’re going to these places, but it doesn’t really matter, because it all feels very repetitive. Nioh doesn’t make any effort to hide the fact that you’re just doing the same thing over and over.

Code Vein was very similar, now that I think about it, although it had a better story to tie it together.

The point is, it’s radically different from the Souls formula, which is usually one big connected world where you can walk from one side to the other, without any instances or world maps.

Way, Way Too Much Loot

All the loot in Nioh is randomly-generated, and there’s a ton of it, almost like it’s a Diablo-style game. It takes a long time to sort through your inventory to see if you received anything of actual value, and a long time to discard the stuff you don’t need.

There’s a point where you get so much loot in games that it becomes a hassle to deal with it all, and at that point it’s the same as not getting any loot at all. You never want to look at it. Nioh is definitely over that line.

And that doesn’t even count the crafting system in Nioh, which allows you to use materials to make even more loot. I took one look at those screens and threw my hands up. I’d have to study a wiki guide for God knows how long to do anything useful with it.

Again, it’s very different from the Souls formula, which has fixed loot placed in fixed places throughout the game. You know that if you go to Place X, you’re going to get Loot Y, every time. And Loot Y has a very specific purpose in the game. Upgrading equipment is a pretty straightforward system of adding a +X number to the weapons or armor that you like.

Combat Is Too Complicated

One of the great things about Souls is that the combat is fairly simple: Attack, block, or dodge. Those are your basic choices in any given combat situation. (There are more advanced techniques, but that’s the basics.)

Nioh feels like it’s too complicated. There’s a high, middle, and low stance, and it’s infested with “combos,” a style of gameplay that is more suited to fighting games than RPGs. I don’t like fighting games. I don’t like combos. I like one button that does one thing only, maybe modified by a second button.

There’s also a host of “powers” you can buy as you level up, which gives you different moves and styles and stuff that I don’t even understand. It ends up adding even more complexity to the fighting. It’s a lot to think about.

Stamina management in Nioh is considerably more punishing than Souls, too. If you run out of “ki” (aka. stamina) there’s a really good chance you’re going to die, because you can’t move, can’t dodge, can’t block, and can’t attack. You can press buttons all day long but they simply don’t work. All you can do is stand there frozen and pray that your enemy doesn’t attack you while you wait the interminable seconds for your ki to come back.

You can play Nioh with the same simple attack, block, and dodge patterns as a Souls-like and be successful, but there’s a price to pay for it: It’s usually the slowest way to defeat things, which means it requires a lot more patience and perfection.

Thusfar I find combat with trash mobs to be the most enjoyable in Nioh. There’s a fun back-and-forth that reminds me the most of Souls games. If that was all there was to Nioh, I’d probably like it a lot more. It would be a fun combat system to drop into an MMORPG for overland questing, actually.

But when you get to the mini-bosses and boss fights, you’re so far outmatched in terms of combat power that basic combat tactics become almost unusable. You’re very squishy in Nioh so you can’t take hits even from regular mobs, but against bosses the odds of a one-shot death are extremely high.

There’s Too Many Stats

Nioh has a lot of statistics to keep track of, but most of them don’t mean that much.

It’s one of those games where all of the bonuses and penalties are in teeny tiny percentage increments, so they feel meaningless. So you get a new sword, and you excitedly look to see what it does, and find out it gives you +2% improvement against certain kinds of enemies. That gets nothing but an eyeroll from me, who knows a little bit about math and statistics, because that’s basically identical to +0%.

It’s the same with leveling up your character: The changes to your stats from level to level are so minor that leveling up feels inconsequential. That’s another difference from Souls games, where stat changes have very significant effects on gameplay, which is how RPGs should be.

Not to mention the tons of different consumables in the game that affect combat. I still don’t know what 90% of them are. I don’t even look at them, let alone use them.

And your choice of “spirit guardian” plays a role too. Each one has a long list of passive buffs to consider.

And there are even more passive bonuses to consider from other sources that I can’t even remember right now. It makes you feel like you’re playing in the endgame of an MMORPG, where you have to pour over pages and pages of stats to make sure you’re min-maxed properly, which isn’t the most fun thing for me to do in a game.

Technically there’s “stuff happening,” but none of it makes any sense to me. And it’s not the way Souls games don’t make sense… Souls games are mysterious and opaque, but still fascinating and entertaining.

In Nioh, the story makes no sense and it’s also dull as dishwater. It just doesn’t matter because there’s no character development or plot or even much of a setting. It’s just a series of disjointed cut scenes that aren’t related to each other. Most of them are people you don’t know sitting in a room talking to each other, at the end of which they ask the protagonist to go do something for them.

All the NPCs are interchangeable quest-dispensing robots that mainly communicate through text on the World Map. The little bit of voice acting isn’t that great. I feel no sense of immersion at all, which is very different from a Souls-like.

There’s No Reward For Playing

This is probably just a continuation of the last one.

Normally with a Souls-like game, there’s an intrinsic reward in overcoming obstacles so you can see what’s around the next corner. There might be a really nice treasure you can use to make the game easier, or a new NPC with interesting (or mysterious) dialog, or a new puzzle to solve.

In Nioh, there’s … nothing. There’s never any meaningful treasure, because it’s all random loot. (I don’t even bother to look at anything I pick up.) There aren’t any NPCs to interact with in any of the missions. There aren’t any puzzles. It’s just like a dungeon in an MMORPG: Kill all the trash mobs to get to the boss, kill the boss, the end.

The only satisfaction occurs when you reach a new Shrine, so you don’t have to go back as far when you inevitably die to some random troll mechanic like spiders dropping from the ceiling with no warning.

Otherwise it’s just a series of instanced “missions,” one after another. There is some slight variation in what each mission looks like, in terms of the graphical assets that you see, but not much, and there’s a lot of the same enemies in every mission.

It occurs to me that it’s a very old-school style of game, almost an arcade game: The kind where all you do is see how far you can get before giving up. The kind where you try to set a “high score.” A game from the time before games were meant to be immersive multimedia experiences, and were just games to kill some time. There’s just not a lot of depth to it.

Also, weirdly, I find myself being reminded of an MMORPG a lot when I play Nioh. It’s almost like they started building the game to be an MMORPG experience, but then shifted it somewhere along the way to try to be more of a Souls-like experience, and it ended up as a strange hybrid.

Anyway, it mostly feels kind of pointless, and doesn’t feel like a Souls experience at all.

But every time I tell myself I’m definitely going to stop wasting my time with this game, the next day I find myself starting it up for another hour, just so I can say I did it, I guess. Or it could be that I just don’t have anything better to play at the moment.

P.S. I played a little bit of Nioh 2, with the hope that it might be an improvement, but it’s essentially identical to the first game. It’s slightly better at mouse-and-keyboard controls, and the graphics are slightly better, but that’s about it.