There’s a lot of buzz about Final Fantasy XIV’s Endwalker expansion, and now I see it’s that time again when Square Enix is letting lapsed Final Fantasy XIV accounts login free for a couple of weeks. 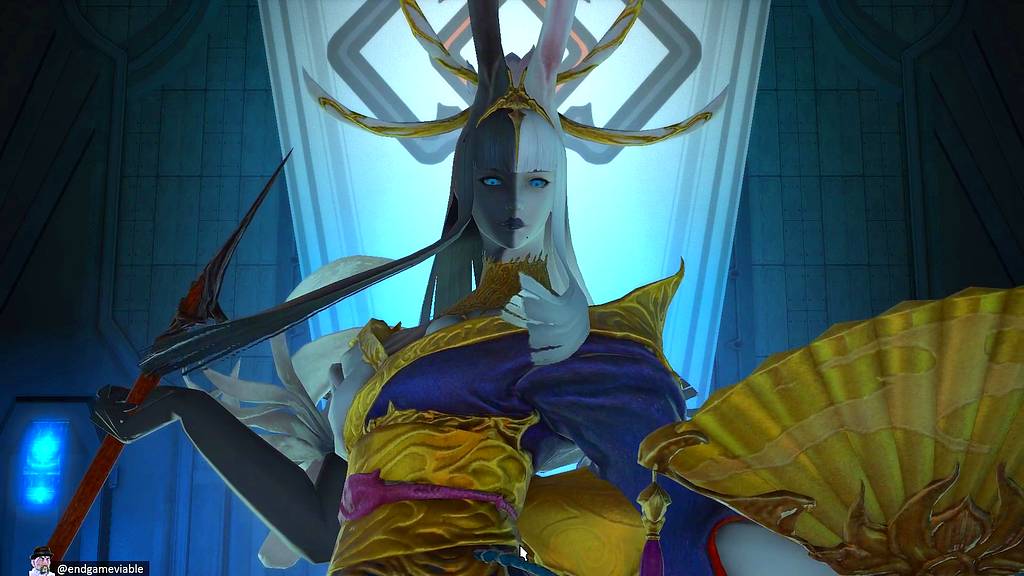 There’s a lot of buzz about Final Fantasy XIV’s Endwalker expansion, and now I see it’s that time again when Square Enix is letting lapsed Final Fantasy XIV accounts login free for a couple of weeks.

When last we left our intrepid hero, they were adventuring in Stormblood 4.3, Under The Moonlight, logging in during a previous free login event that preceded Shadowbringers back in 2019. I played a whopping two hours of my two week free login period back then, because I got to a Trial quest, groaned, and just stopped, with my character standing outside the entrance to Castrum Fluminus looking up at Tsukuyomi floating at the top of the stairs.

It’s 2021 now, and there’s another free login period for lapsed accounts, which lasts from July 9 to August 23. I thought I would see if I could download the FFXIV client and play a little bit this coming weekend. I started to download the client, and that’s when I realized that triggering the client download also triggers the start of your 14 days of free time. So I guess I have to play this week, whether I like it or not.

Unfortunately my character is probably still staring at the entrance to Castrum Fluminus, and I can’t be bothered to do multiplayer dungeons and trials anymore. Working with other people in a game seems like such an immense chore to me at my advanced gaming age.

I’m extremely tempted to buy the potion that just skips to Shadowbringers, where there is supposedly a way to do dungeons and trials without other people.

But… I still don’t have Shadowbringers. (I’ve been waiting for a time when there is simultaneously a sale and I have some interest in playing it.) I keep hearing Shadowbringers is the greatest story ever told, but I’m dubious about that. I’m suspicious that the story is only going to appeal to people who are deeply invested in the decades-long Final Fantasy mythos, which I’m not. I talked about that in another post. I remember watching the first two hours of Shadowbringers in a YouTube video and I saw zero evidence of a compelling story. I know MMORPGs tend to be slow, but two hours seems like plenty of time to present a decent story hook (or any kind of hook) to a player.

Weirdly there’s no sale on Shadowbringers right now. You’d think that a sale on the previous expansion would be the perfect companion for a free login event. I guess the full price of $40 is still pretty cheap for an expansion, it’s just that there’s a strong chance I won’t play it that much. I’ve reached the point in my FFXIV career (as I have with every other MMORPG) where I’m only going to go through the Main Scenario Quest with one character and one job and that’s it until the next expansion.

In 2021, I find myself wondering what I ever saw in MMORPGs in the first place. None of the new ones coming out are likely to do anything new or interesting. It’s hard to think of any selling points for the genre, when compared to the plethora of single-player and even coop open world-style RPGs.

Multiplayer video games just aren’t that fun for me to play with Internet strangers anymore. I’m a quintessential hermit, so it’s a chore for me to deal with people, no matter how friendly and welcoming the guild is (paradoxically the more friendly people are, the more of a chore it is to reciprocate). It’s a massive mental energy drain. I usually feel “trapped” in groups, unable to control my own gaming time. Dungeon runs tend to last 45 minutes or an hour or more, not counting organization time, at the end of which I’m usually exhausted. (Personally, I wish dungeon runs were 20-30 minutes.)

Generally I just want to be left alone and play on my own schedule, which isn’t conducive to group content.

So, I don’t really know what to do with MMORPGs anymore.