In the dream, I came upon a statue of a one-armed woman holding a child. I asked her, “How come we judge ourselves by the actions we take but not by our intentions?” 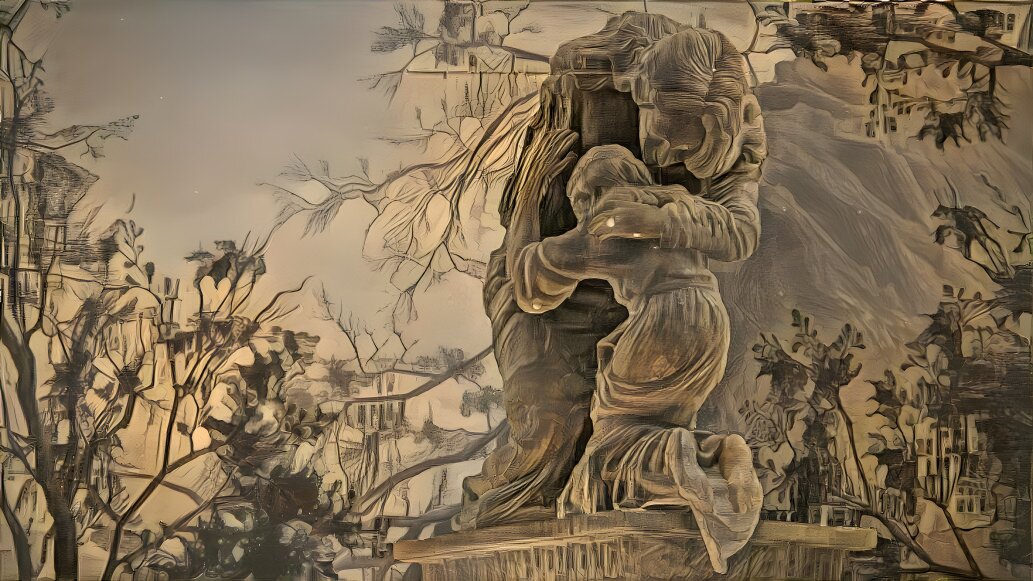 In the dream, I came upon a statue of a one-armed woman holding a child. I asked her, “How come we judge ourselves by the actions we take but not by our intentions?”

The woman shifted her stony gaze to me. “This is one of the so-called great philosophical questions, is it?”

“You know you can replace the words how come with why do, don’t you?”

The woman sighed. An exhausted sigh. “And who is this we of which you speak?”

“Have you ever committed this heinous transgression?”

“Maybe. I can’t think of anything offhand. But I’m sure I’ve been disappointed when something didn’t work out in the way I wanted it to. Everybody has. Come to think of it, even as we speak, there’s something I’ve been intending to do for quite some time, but I’m rather disappointed that my actions haven’t made it possible.”

“What’s stopping you from taking these actions?”

“Well, fear, obviously. The same thing that stops everyone from taking actions.”

“And I suppose if you take the actions that are necessary to bring about this intention of yours, and it somehow does not succeed, you would consider this a failure?”

“So it would hence be better not to take action at all. That is success then?”

I bit my lip. “Not exactly. I still wonder a lot about what would happen if I tried this course of action I was thinking about. My intentions are good. I think it might even help people, and me, especially, to try new things, to grow as a person. To learn skills that would be beneficial in the rest of my life. Maybe it would turn out well. Maybe I should take a chance. Nothing ventured, nothing gained, so to speak. What’s the worst thing that could happen?”

“That is obvious. You would feel bad. That must be avoided at all costs.”