Should I dive headlong into the vortex of Final Fantasy XIV endgame possibilities or should I detox and play something else? 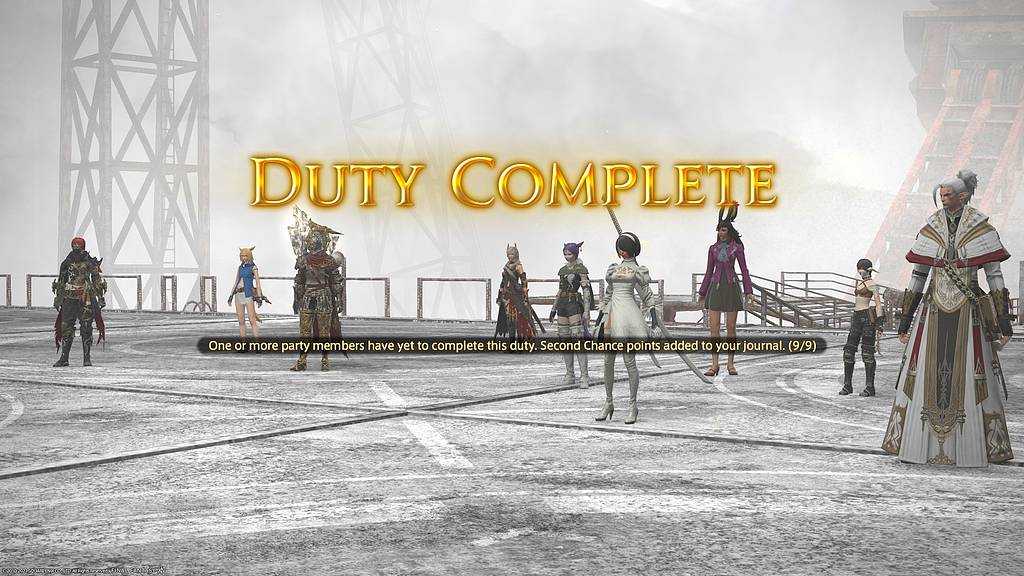 Should I dive headlong into the vortex of Final Fantasy XIV endgame possibilities or should I detox and play something else?

Now that I’m “at the endgame” in Final Fantasy XIV again, there’s a strong compulsion to log in every day and do all the things, because that’s what we’re taught is what you’re supposed to do. Most of the role models we see in the MMORPG genre, they model a behavior of playing every day, doing dailies, doing other dailies, doing yet more dailies, doing so many dailies it makes your head spin, maximizing the efficiency with which they accumulate the tokens and currencies and experience points, and presenting this as the normal way to play an MMORPG to “fit in.”

Certainly the developers who make MMORPGs want us to play that way, trapping their players into an odd sort of daily co-dependent cycle.

It can be fun, but it doesn’t strike me as particularly healthy. In fact, I daresay it’s pointedly unhealthy.

I remember doing all this grindy progression stuff in the endgame of A Realm Reborn. Leveling all the jobs, collecting all the weapons and minions, doing all the crafting and gathering, just because it was there and it was possible. It was kind of fun. But ultimately pointless. You can’t keep up forever. Eventually you’re going to burn out and quit playing. At least I will. And once you stop, you’re behind forever, and you can’t ever catch up again, without even more work.

These mainstream MMORPGs want you to make a lifetime daily commitment to their game, a lifestyle commitment, to the exclusion of everything else, and they don’t exactly hide it either. It seems to me they’re specifically targeting people whose personality type is vulnerable to obsessive compulsiveness. Everybody yells about how manipulative lockboxes are and wants the government to fix it, but nobody seems to care about how manipulative the average top-tier MMORPG is.

I’m not obsessive compulsive, but I’m fairly detail-oriented, and I can fall for peer pressure and marketing pressures like anyone else. There was a time when I thought it was … I don’t know, not necessarily a great idea, but possible to live in an MMORPG. In the old days there weren’t that many games to play. But now there’s a hundred new games to play every day, and I don’t want to pledge my life and undying service to one game anymore.

Anyway, the point is, I’m staring at this Final Fantasy XIV icon on my desktop and wondering if I should login to do some daily Duty Roulette thing, or should I just put the game aside and detox for a while to play something else. And it seems like it would be a much more balanced life decision to play something else before I get sucked into this endgame vortex of spending hours every day on activities that are always pointless in the end.

I’ve finished the 5.1 patch story already, there’s still some two months left until Endwalker, I’ve got plenty of time to get there without rushing.