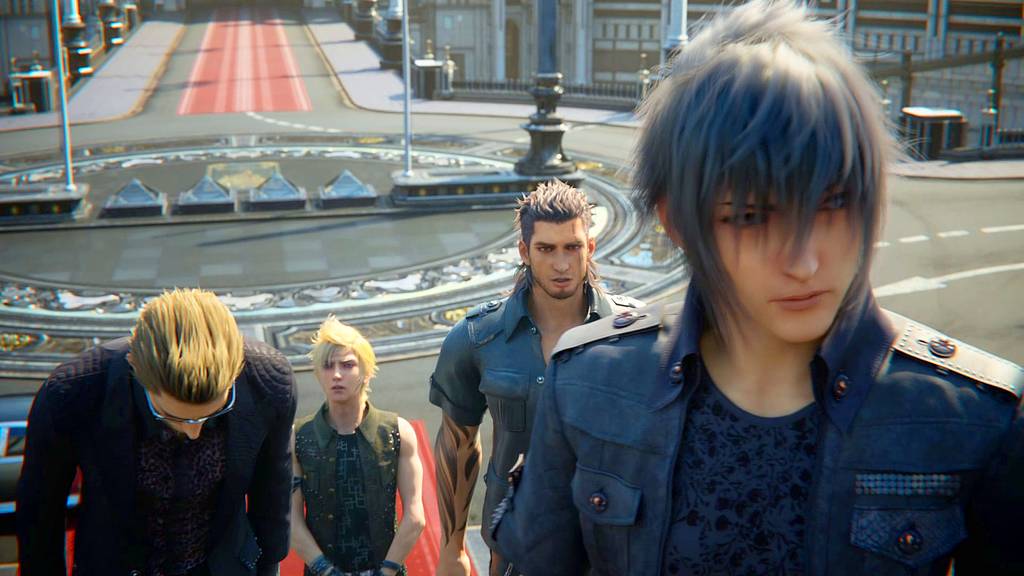 I don’t remember how I came across this, but I found a free demo of Final Fantasy XV on Steam. I was amused because Steam explained to me that since I played Dark Souls III, I would probably like Final Fantasy XV, because they were quite similar games. According to Steam.

Obviously that’s a straight-up lie, because Steam lies about everything in their tags and recommendations.

But since I’m probably done with my abusive relationship with Nioh–probably–the game whose main gameplay mechanic is trolling players and laughing behind their back, I started looking for The Next Game to play, with an eye toward making a video series out of it. Eventually I’m going to run out of The Surge 2 and Code Vein videos to upload (in about a month, to be precise, unless I go back to one video a day).

I half-heartedly want to play A Plague Tale: Innocence, Control, and finish Greedfall, which I already started, but none of those games are particularly good for a video series because they’re very cut scene-heavy. They’re also somewhat “average” games and don’t really grab me by the throat and demand to be played, which is the kind of game I prefer. I only have the time and energy to play the very best of the very best games, the top 1% of the the top 1%, if you will.

I expected nothing at all from Final Fantasy XV, but I figured I’d try out the demo, since I was in a minor Final Fantasy kick after my return to FFXIV. It would be only the second Final Fantasy game I’ve ever played.

Not surprisingly, Final Fantasy XV is incredibly strange, and barely similar to XIV. (Apparently there isn’t any story continuity between Final Fantasy games, they’re all stand-alone.)

I tried to think of all the influences that appear in this game: Stand By Me, The Dukes of Hazzard, every road trip movie ever, every dude bromance ever, every teen-has-to-grow-up-too-fast story ever, magic and sorcery and monsters, fairy tale princesses, feudal society and arranged marriages, 1950s cars and industrial society, and cell phones. And chocobos, of course, though I haven’t actually seen one yet. Throw all of that into an open world game that reminds you a little bit of a mashup between Grand Theft Auto and The Witcher 3, and that’s Final Fantasy XV.

It’s incredibly strange. But … it kind of works? I think?

The basic story is this: The King of the Land sends his teenaged brat of a son off for an arranged marriage with the Princess of the Other Land, to solidify An Important Alliance, along with his retinue of three friend archetypes–the Brawny One, the Smart One, and the Funny One. They don’t ride horses through the forest, though, they wear trendy black leather emo outfits and drive a car through the desert where they meet every Southern stereotype from The Dukes of Hazzard. Along the way they do quests and hunt monsters with magic swords that somehow appear out of thin air and make camp for the night and the smart guy with glasses cooks food for everyone and they all level up and gain magical powers and all the normal RPG things.

I promise I’m not making this up.

So far it sounds horrible, right? Well it is, because hanging out with four dude bros on a road trip throwing around witter banter constantly, especially in the middle of combat, is kind of awful. But you’re so transfixed by the train wreck playing out before you, you become hypnotized, and then suddenly The Plot Twist and Inciting Incident occurs which raises the stakes considerably. (The brat’s father is killed when his kingdom is attacked and the prince is suddenly all alone in the world and pursued by The Bad Guys and now Things Matters and A Character Arc Begins and will Our Hero with that feathery Final Fantasy hair be able to meet the challenge, yadda yadda, and that was the end of the demo.)

It’s the most basic of fairy tale stories imaginable, the prince forced to be king too soon. But it’s set in this completely bonkers magic-and-industry setting that makes it … kind of interesting? I think?

I do like games that try to be different, and this is definitely different.

The RPG mechanics aren’t terrible, although I don’t care much for the combat. I’m playing on Easy so hopefully I don’t have to learn anything except “press the mouse button repeatedly.” It’s got that brawler, button-mashy feel that you might find in Assassin’s Creed-style games: It feels like mindless chaotic nonsense to me, particularly with three AI companions all fighting at the same time, getting in your way all the time so you can’t really see anything. It’s probably better with a controller, but I always take the mouse-and-keyboard option if it’s available, because it hurts my thumb too much to use a controller for long.

I had a problem with the game crashing a lot, but I went into the Windows Compatibility settings and turned off Full Screen Optimizations, and it seems to be running better now.

It has one feature which at first I thought was incredibly silly, but after thinking about it a while, is actually quite cool. One of your dude bro companions, the Funny One Archetype–who probably has a name I guess but does it really matter?–has a camera and takes pictures all the time. At the end of each day when it gives you the screen that tells you how you did, you can scroll though a list of the “pictures” that he took during the day, which are basically random screenshots of your gameplay from different angles. It becomes a nice summary of your recent gameplay, and you can pick the photos you like and save them. (Naturally, they are saved in some weird proprietary format, though, and you have to screenshot your snapshots to do anything useful with them.)

Anyway, it’s a rare AAA game that I actually want to continue playing beyond the first hour, to see what happens next.

But to be clear, Final Fantasy XV is nothing like Dark Souls III.