Musing about the essential ingredients that go into a hall-of-fame RPG as I finally begin to replay The Witcher 3. 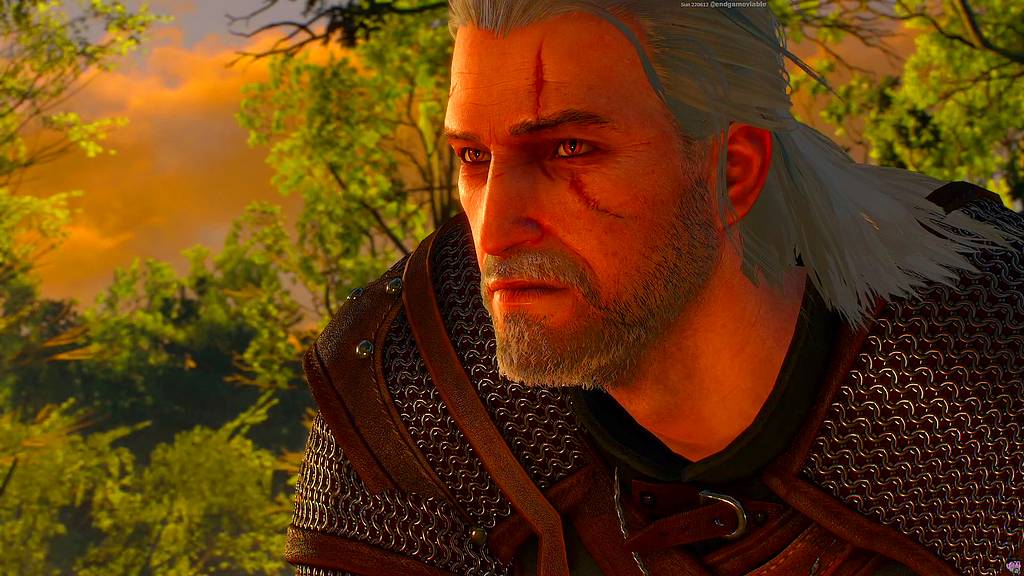 Musing about the essential ingredients that go into a hall-of-fame RPG as I finally begin to replay The Witcher 3.

The greatest RPGs of all time? (Computer RPGs, that is.) Dungeons of Daggorath on a TRS-80 with cassette tape saving. The original Bard’s Tale on an Amiga. Baldur’s Gate on PC. The Mass Effect trilogy. Dark Souls, et al.

More than a few people would hold up The Witcher 3 as the best RPG of all time. I certainly would have voted for it to go into the RPG Hall of Fame. But I haven’t played it since it came out in 2015.

Long ago, in 2018, after the arrival of the Netflix series of the same name, I started a project to replay (and record, obviously, so I never have to play them again) all three Witcher games. I got through The Witcher fairly quickly, finishing it (for the first time, it turns out, because I never completed it before) in a month.

Then I started The Witcher 2. That one took four years to get through. Only just this past weekend, I finally got to the credits (again).

The Witcher 1 and 2 are terrible games. Let’s just put it out there. They’re full of janky gameplay that’s actively hostile to the player. You think Elden Ring is punishing? Try playing a game where you can’t pick up flowers without having to do inventory management every ten steps.

Thank god for mods. Combat in The Witcher 1 by default is ridiculously hard (or at least incomprehensible), so I patched out most of it. By the end of The Witcher 2, I had installed mods to remove all inventory management and a god-mode cheat so I could beat every monster in one swing. The combat in The Witcher 2 is an improvement over the first game, but let’s just say it’s not very satisfying. And still incomprehensible. It just gets in the way.

The point is that I finally got to the point where I could install The Witcher 3 again–which was my goal all along–for the long-awaited replay of one of my favorite games of 2015. It would have been my only favorite game of 2015, if I hadn’t played Dark Souls soon afterwards. (The combat system in The Witcher 3, it turns out, was the gateway drug that made the combat system in Dark Souls click for me.)

I’ve played less than an hour so far, but The Witcher 3 starts out … well, not great, unfortunately. It screams out “janky old game” right away. In 2022, every third person action RPG control system handles the same way, more-or-less, because all games use one of a small handful of licensed game engines now. In 2015, it was still a free-for-all, the waning days of game studios writing their own game engines. REDengine 3 was a little on the bad side, by today’s standards.

What Makes A Great RPG?

With so many people, including me, categorizing The Witcher 3 as one of the best RPGs of all time, I asked myself, what exactly makes an RPG fantastic? I’m mostly talking about single-player RPGs here, excluding things like MMOs and MMORPGs. (Though it’s largely the same for me, personally.)

I like repeatable scientific measurements, so I listed out some possibilities. Some criteria that I, at least, judge an RPG on. I’m sure there are many more, these are just the ones that spring to my mind within the timeframe of writing this.

My enjoyment of an RPG depends a lot on how the game implements those different ingredients. A great game doesn’t have to have all of those things, but how it adjusts the dials on a theoretical RPG control panel certainly affects my experience of a game. I can still enjoy an RPG if some of the dials are off, but a “great” RPG would have to have many of those dials turned up to 11, as it were.

But I think, in the end, the most important requirement for an RPG to make it into the Pantheon of Greatest RPGs Of All Time is this: Immersion. When I sit down to play the game, am I magically transported to another world? That’s the hardest thing for any game to accomplish, and very few manage it. It’s usually a combination of all those other attributes and some intangible qualities that nobody can define or predict.

My memory of The Witcher 3 is that it has Story and World-Building and Exploration and Dialog Choices, but it’s light on the Character Progression and Gameplay, and no Character Creation since you’re always playing Geralt (except that one time you aren’t). But I remember a high level of Immersion on the strength of the voice acting and world design. It’ll be interesting to see how much the older-game-jank interferes with that. The biggest obstacle to immersion for me is usually the game itself getting in the way of the world, usually in the form of a poor user interface (which almost always stems from inventory management in RPGs).

The Mass Effect series should be in the RPG Hall of Fame. It has the Story and World-Building and Dialog Choices in spades. Luckily so, because it definitely lacks in the Gameplay and User Interface department, especially that first one.

Dungeons of Daggorath is from a time before computer RPGs existed, so it doesn’t have very much going for it. But at the time, it definitely had Gameplay and Exploration. And Sound Design, believe it or not. It didn’t have a health bar, it had a heartbeat sound. The faster your heart beat, the closer you were to death.

The first Bard’s Tale is but a distant memory to me now, but the one thing I still remember is drawing out all the maps on graph paper, so it definitely had Exploration and World-Building and Gameplay.

As an example of an RPG I wouldn’t put in the Hall of Fame, I struggle a lot with Greedfall, which is essentially the same template of game as The Witcher 3, and far less janky. It has Story and World-Building and Exploration and Dialog Choices. But for some reason it’s never clicked with me and the Immersion level is pretty low. I think it’s because the character we play isn’t all that compelling to me, and colonial settings in general aren’t that interesting to me, so it undermines my immersion in an otherwise perfectly fine game.

It’s a pretty subjective measuring system, now that I think about.