Around the start of every new year, there’s a collective burst of enthusiasm around humanity for trying new things. I, for example, am trying to devise a new reading strategy. 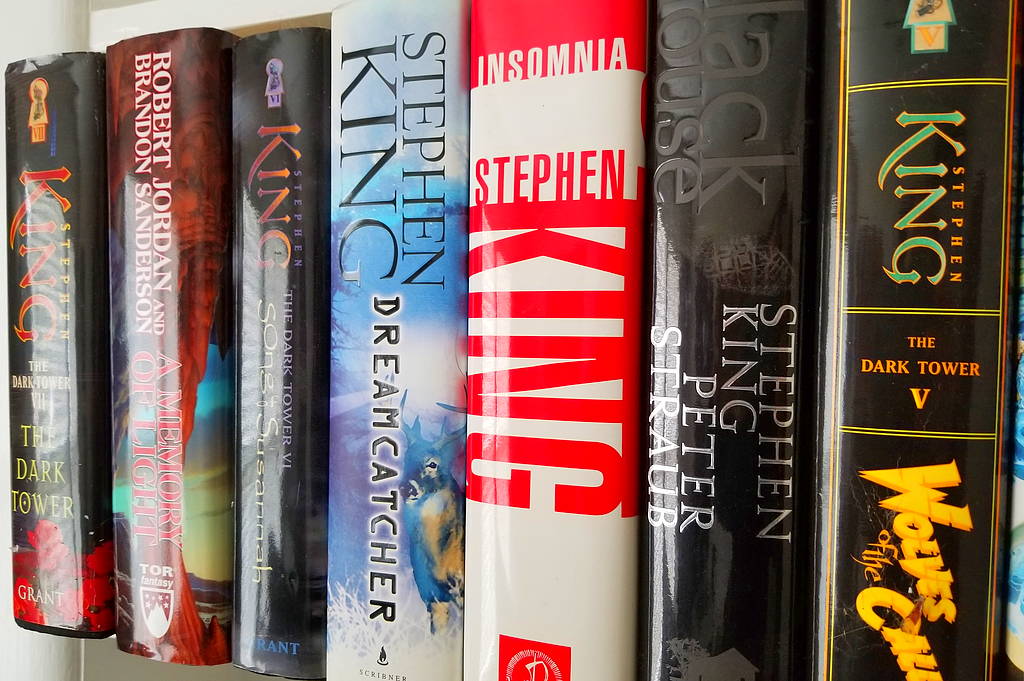 Around the start of every new year, there’s a collective burst of enthusiasm around humanity for trying new things. I, for example, am trying to devise a new reading strategy.

Naithin recently wrote about this topic of reading goals, which spurred me to revisit my habits. I know that my previous strategy has failed because I can’t remember the last new book I read or listened to*, though I’m sure I must have read something within the last couple of years.

The Blaugust Discord also had some talk recently about book recommendations, and there were a lot of book titles and authors thrown around that I’d never heard of.

I’ve become woefully bad at keeping up with the latest book trends. Every year the number of popular authors seems to multiply and I don’t know most of them anymore.

For example, I still think of Brandon Sanderson as a “new” author, but I think he’s put out more books now than Stephen King. We get it, Brandon, quantity is more important now to an author’s career than quality, sheesh! Don’t keep rubbing it in! (Staying quiet on Twitter is also pretty important now.)

Anyway, I thought I’d write down the names of all these books I’ve been seeing and try to figure out how a person such as myself, a modern person-on-the-go with relatively poor eyesight for reading, could possibly keep up with reading or listening to these hundreds or thousands or hundreds of thousands of new books that are published and/or “published” every year, when I have very little time I’m willing to dedicate to reading or listening to books.

It’s turned into a bit of a puzzle.

First of all, simply “writing down the names of the books” is a somewhat more arduous process than I expected. Finding software to automate or assist in this task in a way that fits my mental workflow is proving fairly difficult.

There are sites like Goodreads and StoryGraph and LibraryThing but they aren’t quite right for my simplistic needs. Those sites are targeted more for people who are really into book culture. They graph and correlate and recommend and social network and statistic and like and share and subscribe and … I just want a list of books I can search and add to with a few mouse clicks, preferably without having to show the whole world.

But since I’m a developer at heart, I had to turn it into a structured YAML file so I could use it as a data source for Hugo to make a blog page (I sampled a bunch of books this week already). But still, it’s just a text file right now. Two of them, actually.

I’ve broken the new process down into three phases, which basically involves maintaining three lists, and the moving of books from one to the next.

The first step in the process is to “sample” a book from the big list of book recommendations (I call this list my “recommendation inbox”). This is the main part that I want to get better and faster at.

The thing I need to do better is make time to actually read the samples. It’s a bit of a chore, to be honest, like homework, because I know I’m probably not going to be that interested in at least 75% of them. I’m going to have to set aside time every week or month to power through them, essentially doing the work of an editor’s assistant going through a slush pile, which is normally a paid position, but here we are.

Once a sample is completed, I’ll move the book to the second list, which I’m giving the catchy title of “sample results.” I’ll write down a few sentences summarizing what I read, then give it a stamp of “interested” or “not interested.” If I’m interested, then, when it comes time to find a book to read, I’ll know to go out and buy that one (or, if I’m honest, more likely the audiobook).

That’s where things get dicey though, because it’s really time-consuming to read or listen to books, and there’s only a finite amount of hours in each of my days I can dedicate to hobbies. I have to divide that time between gaming, and blogging, and reading, and listening, and watching a movie or television, and whatever else I happen to want to do, which is unfortunately a list of interests that is often too large to handle effectively without strict scheduling, something I don’t particularly enjoy doing and rarely stick to.

But going through and codifying samples will at least put me one tiny step closer to the goal of reading more stuff. Or, at the very least, being aware of more stuff.

After I finish a book, assuming I find things I’m interested in, then it gets moved to the third list, which is the “I’m done with it forever” list.

You might imagine this would imply that I’d be finished reading the book, but that’s only if the book is really engaging, because I’m not going to hang around with a book if I’ve lost interest in it. These days, there’s at least a 50% chance I’ll give up on a book before I even reach the middle, based on past history.

The third list would note those findings, and why I gave up. If I actually finish the book, a more ambitious person might write a review, but I’m not a book blogger and I don’t write reviews. I only write down what I think sometimes. (Actually I have written down thoughts for most of the books I’ve read since 2010, at least up through 2018, when I suddenly stopped.)

So that’s the plan.

* The last (complete) audiobook I listened to was Master of Formalities by Scott Meyer, back in October 2021, which was amusing. Before that, it was Project Hail Mary by Andy Weir in September 2021, which was good (especially in audiobook format), with caveats. Before that it was The Outsider by Stephen King, back in 2020, which was also good in the standard Stephen King way (which means I enjoyed it at the time but I don’t remember a thing about it now), and also because Will Patton is an amazing reader. That doesn’t count audiobooks I listened to for 5 or 10 minutes before giving up on them. I should add those to my lists.