I tried out Pillars of Eternity next in The Great 2020 Holiday RPG Game Blitz, a game that I got for free on the Epic Game Store. 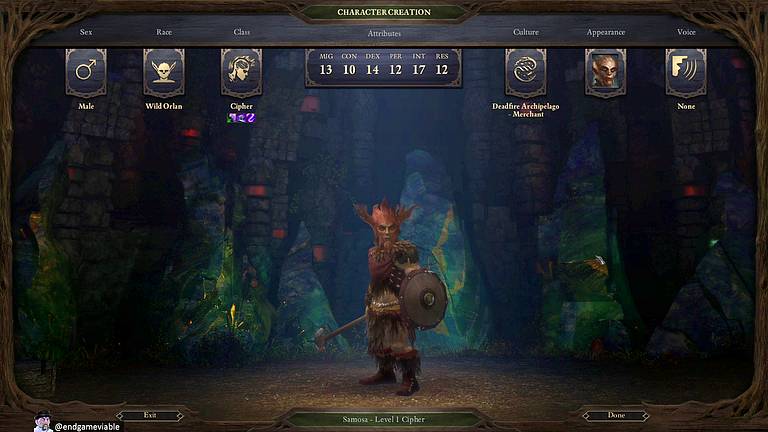 I tried out Pillars of Eternity next in The Great 2020 Holiday RPG Game Blitz, a game that I got for free on the Epic Game Store.

Pillars of Eternity is an isometric Baldur’s Gate-style RPG that’s been on my “to play” list for a good five years, and after I finished up with my initial run at Wasteland 2, I remembered that I had recently gotten it for free on the Epic Game Store, along with Tyranny (stay tuned for more about that one).

To put it succinctly, it’s a note-for-note copy of Baldur’s Gate with vastly improved graphics, implemented in the Unity engine instead of the Infinity engine. It’s also missing the Wizards of the Coast D&D licensing, so it has its own ruleset which is … basically the same as D&D, just with all the names changed. There are variations, and a “Stronghold” (aka. Garrison aka. Farmville) system, but that’s the gist of it.

The RPG combat system is just like Baldur’s Gate, meaning that it’s all real time, but you can pause the game to issue orders if you don’t like the way your characters’ AI is directing the party. It’s what they call an “Infinity Engine” style of game, of the type popularized by BioWare in Baldur’s Gate and later in the Dragon Age series.

The realtime-except-constant-pause-unpause combat is by far the worst part of the game, as indeed it’s the worst part of every “Infinity Engine” game. You can never just let the AI do things unless you’re playing on the easiest of the easy difficulties, so you end up having to pause every half-second of combat, issue orders for a few minutes, then resume for perhaps another half-second, then pause again, issue new orders, and repeat over and over again until combat is over. Turn-based combat systems as seen in, for example, Wasteland 2, are far better.

That aside, it’s a fantastic game. I unlocked some 50+ free games from the Epic Store in 2020 and this is, with the possible exception of GTA V, the best of them.

Character creation is incredibly deep. It took me forty minutes to make a new character at the start of the game, pouring over the various options of race, class, stats, spells, backstory, etc. etc. There is no randomize button, either. In most cases, this would annoy me so much that I’d quit before I even started, but it fit the kind of game I was expecting.

Your character’s backstory is completely unimportant, because it’s immediately thrown out so that your character can start out on a trip to Gilded Vale. I’ll never understand why games let you pick a backstory and then undermine it. To be fair, Pillars of Eternity gives you a small hint about how the game’s story is going to start before they make you pick a backstory, but it doesn’t help much.

An interesting aspect of Pillars of Eternity are the “scripted encounters.” These are separate “theater of the mind” narrative experiences that are, presumably, supposed to be like sitting at a table playing an RPG with a Dungeon Master. You’re given a description, and you choose what you want to do, a bit like a “choose your own adventure” situation.

I think I like the scripted encounters. They’re fairly rare, so they aren’t overused. When they pop up, it’s a nice change of pace.

A word of warning: Combat in this game is hard. I had always heard that Pillars of Eternity was a difficult game, and I can attest to that. Wrestling with the pausing and unpausing does not make it any easier, either. When they say you might want to start on Easy difficulty, they aren’t kidding. I played for a while on Story Time difficulty and there were still times when party members went down in combat. I initially found Easy to be a bit too easy, but Normal a bit too hard. After my party got to around level 6, I switched from Easy difficulty to Normal difficulty and have found it plenty challenging. Don’t forget to save!

Overall, at the time of this writing, it’s my favorite game, and the one I’m playing the most. I also bought Pillars of Eternity 2 in the Winter sale, and I’m greatly looking forward to that one, because I read that it has a turn-based combat option. It’s hard to imagine a better Baldur’s Gate-style single-player CRPG than a Pillars of Eternity with turn-based combat.