For the last few days I’ve been researching the beginning of the Jamestown colony, because I’ve been tossing around the idea of basing a story around similar events. (I know, everyone else has done it — Disney, James Cameron — so why not me? It’s a freakin’ timeless story after all, even if you totally leave out the whole John Smith/Pocahontas angle.)

Actually “researching” is probably not the right word. “Voraciously obsessed with reading about” is probably more accurate. I can understand why it’s been a popular story for all these years. It’s the perfect storm of human drama, all rolled into a 5-10 year period.

If you’re curious about digging into the Jamestown story, I suggest you avoid Wikipedia for anything but a basic overview. It is disjointed and filled with inaccuracies and discrepencies when you look too closely. (The entry for Edward Wingfield is pure propaganda.) I recommend a book called _Love and Hate in Jamestown_ by David Price which essentially takes all of the data we have about Jamestown and compiles it into a very readable, if somewhat pro-John Smith, narrative. It does include some editorializing and speculation but for the most part it sticks with the facts as I’ve discovered them. I also recommend _The Jamestown Adventure: Accounts of the Virginia Colony, 1605-1614_ by Ed Southern which contains (edited) first-hand accounts written by colonists. (In which you will learn that “divers” [diverse, or various] was an extremely popular word back then.)

I’m doing all of this, by the way, because borrowing from actual history is apparently a time-honored tradition among fantasy authors. _Game of Thrones_, as I’m sure you know, is based on the events of the War of the Roses. (Even the names of the Starks and Lannisters bear a striking resemblence to the Yorks and Lancasters.) _The Curse of Chalion_, which I was reading before I got sidetracked on Jamestown, is apparently based on the lives of Isabella I of Castile and Ferdinand II of Aragon, the unifiers of Spain.

Speaking of Spain, another interesting historical event that I’ve investigated for story material is the War of the Spanish Succession (1701–1714). That research is probably what led me to set Airworld in roughly that time period. 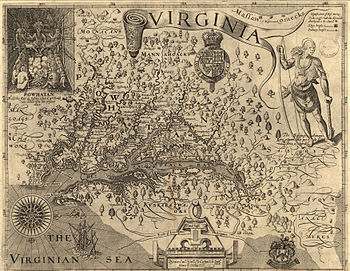