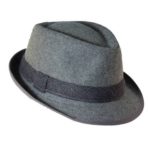 The most recent episode of Writing Excuses introduced me to the concept of a “writer’s uniform.” I think they were referring to the clothing an author wears while conducting writer business, but I am thinking about it in terms of clothing to wear while writing.

I say this because I’m still struggling to write. I’m improving, though: I actually want to write this story again, but now I’m struggling with “finding the time.” (Although if I’m going to be truthful with myself, it’s not so much a matter of “finding the time” as it is “giving up distractions.”)

So I’m wondering if changing my clothes would help. After all, if I take the time to dress up, I surely wouldn’t want to waste that effort by goofing off. But what kind of clothes would I wear? Not jeans, because I don’t like sitting in jeans for long periods of time, but not Dockers either. Some kind of button-down shirt but nothing fancy. According to Writing Excuses, Hawaiian shirts are popular with authors now, but I am not a fan of those. Maybe a hat. Yeah, maybe that’s the ticket. A writing hat.