I started reading The Curse of Chalion by Lois McMaster Bujold … and this time, I actually *mean* reading, not listening to the audiobook. (There are people who insist that listening to an audiobook is the same as reading, but IMO they are very different media consumption experiences.) I picked it up because I saw that it was the next book in The Sword and Laser book club, so on impulse I got it. Not because I wanted to participate in The Sword and Laser, but because I’d wanted to read a Bujold book anyway because her name appears somewhat frequently on the Hugo award winner list.

Well, I’m now about 20% into this book, and I’m thinking about stopping. Not that there is anything particularly wrong with the book. It’s well-written and charming in its way, but I’m running into the same problem I have with a lot of books. I don’t know what the main character’s goal is. He doesn’t seem to have a mission. I really have a hard time getting into stories when the characters don’t have some kind of quest or conflict driving them.

Also, I believe this is the first book in a series, and I don’t really want to get into a long series that is just “okay.”

Well, well. I was looking up how many books were in the series and found it’s not really a series at all. It’s sequel is Paladin of Souls, which is a Hugo-award-winning book that I *do* want to read. So perhaps I will discard all of my biases and press onward. It’s a relatively fast read for a fantasy book anyway. 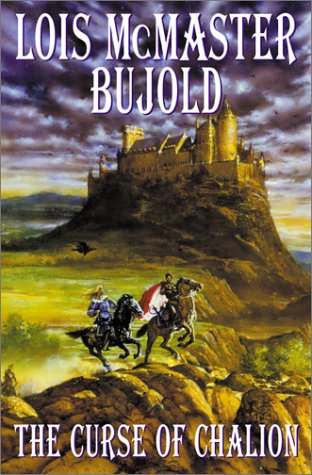